ON TINUBU’S PERCEIVED ISLAMIZATION AGENDA: Don’t Get Me Wrong.

Jul 14, 2022 ON TINUBU'S PERCEIVED ISLAMIZATION AGENDA: Don't Get Me Wrong.

It was for modesty and sensitivity not to heat up the polity that I titled my last article *”Muslim/Muslim Ticket: Tinubu Dares CAN and Entire Christian Faithful”,* expectedly, it has generated a lot of controversy, it is therefore expedient to say it as it is, hence the need for this piece under the plain communication of the title of this article you are reading! 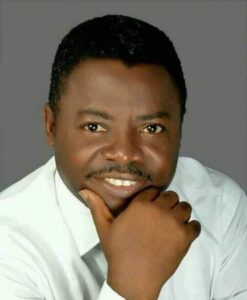 My last article has been mischievously misunderstood by the biased and misconstrued by the wearied spirits and borderline christians who are neither hot nor cold like the water of the stream at Ephesus the symbol in Christ’s stern warning to her church, “I will spew you out”!

Christians with such character if they cannot be accommodated by Christ, it will be useless for the church to attempt to get them to be part of our going forward, such individuals who are useless to Christ cannot be useful to the church nor the nation. The last class are the over zealous individuals who see politics as the place to get even with their perceived competitors and have chosen fraternal relationship with politicians as one of the ways through which this can even scores and go over. Today many pastors are equally yoked with politicians in the agenda to plunder the state.

In this group belong Pastor Sunday Adelaja and his cohorts who manned the propaganda machinery that sold Buhari to the church in 2015, who with the glaring failure of Muhammadu Buhari led APC has not thought it wise to apologise to Nigerians! This has nothing to do with title, fame and membership. Judas was among the 12, faithful enough to be trusted to manage the treasury for Jesus. But once satan entered him it was entirely a different ball game!

Nigerians are a people whose creativity have not spared even religion. Her Christians are redefining how church is done from which we have harvested some of the biggest revival movement in the world today. Their loving Muslims counterparts are up in healthy, creative competition bringing “Nigerianess” into Islam; how do you describe such organization as Nasfat, adopting Sunday as a day of special prayer. This liberal group received me with others then on the platform of a group that will eventually squander the trust both Muslim and Christian invested into the political dialogue seeking to bring the faithfuls of both religions into essence of spirituality and the need to work together to build a nation of peace and unity that we all can be proud of in 2018. We shared our fear of the direction the country was heading under Buhari APC led administration.

Even without religion humanity in us should frown at what our experience has been between then and now! Islam, the religion of peace is today misrepresented by fundamentalists who are hiding behind Islam to further an agenda that is not in anyway Islamic. Tinubu’s choice of V.P from among elements giving Islam a bad name is a source of serious worry not just to Christians and Muslims but all well meaning Nigerians.

If not for mischievous politicians, Tinubu should be offering explanations for Fulani-muslim saturated cabinet of Buhari and the tilted security appointments in favour of the smallest demography of this hypocritical religious tribe, what can be the justification for a muslim/Boko Haram ticket? Obviously not competence but votes of the multitude of teenagers and young adults denied education and training held down by “education is haram ideology” of the likes of Shettima. What is the future of education with a founder, sponsor, sympathizer (which ever apply), in a post Tinubu circumstance?

It is an insult to our intelligence that the truth about Buhari was communicated by Bola Ahmed Tinubu, in a simple phrase, “anything except Jonathan”, Jona was a failure agreed, and indeed Buhari has been “anything”, an “olule” just like the “eleyi” of Ogun State.

It is appalling that the person who brought Buhari without an apology for his woeful performance, proposed a Muslim/Muslim ticket from the very beginning of consultation of his inordinate ambition. In a game of numbers which should be played through negotiation. I haven’t seen one meeting that Tinubu has held with any recognized Christian bloc aside charlatans who go to him to merchandise prayers. Tinubu should be talking to christians, we are at the receiving end of his decision, victims of his long time ambition. If our numbers mean anything to him, where is he on our table?

During one of his meetings with the northern elders, their fear was for Southwest Christians who will kick against Muslim/Muslim ticket. But BAT assured them he can handle his people. I called out CAN President and asked him if he was among the people Tinubu plans to use as tribal tools to silence the right of our faith to fair representation in the Executive arm of government. I was ignored till now! Our CAN President has said nothing. Now, he is set to address us, will the conspiracy of CAN leadership and APC be part of his public communication?

Tinubu sounded to me like a smart crook, when he said Shettima was chosen on competence and some gullible persons are running with that. Please, if during his first consultation he promised the north a muslim/muslim ticket, at what point did his search and screening for competency included northern christians?

Competence, good governance are mere political rethorics in the face of threat to one’s existence which has been the reality of Northern Christians. Life is the only thing on the ballot for northern christian and if St Francis Catholic Church Owo communicated anything to southern christians, “it is the massage of the lyrics of the hymns, “Christian, seek not yet repose
Hear thy gracious Saviour say;
Thou art in the midst of foes;
Watch and pray.

Principalities and powers
Mustering their unseen array.
Wait for thy unguarded hours
Watch and Pray.

Grid thy heavenly armour on.
Wear it ever night and day;
Ambushed lies the evil one:
Watch and pray.

Life more than anything for any nigerian at this time is on the ballot. Moreso, let me assure the Asiwaju that 99.9% of Christians in the north have right to life and desire to enjoy it. Senator Ishaku Abbo’s resignation is a proof of this existential priority, and if he will not take Abbo serious he should consider the wailing of his once upon a time hailer of APC and friend of Asiwaju Babachir Lawal.

Well, BAT can’t be underestimated. He may have something up his sleeves on how to get Northern Christians to play the Muslim/Boko Haram game. Like our previous evil genius, he may have what it takes to erase Shettima’s statement “to hell with restructuring” from our memories as he did several of his own nepotistic declarations against a united Nigeria. I await his schemes at disconnecting Shettima’s links with the masterminder of Christmas Day Catholic Church bombing in Niger State! He should be reminded, there is always and end. In the spirit of June 12, i see an end.

Northern Christians are not oblivious of the fact that the political elites who are founders or sponsors of Boko Haram, are mostly persons who owe their lives, survival and education to activities of Christian Missions in Northern Nigeria, some of them were born in Missions’ Maternity centers and hospitals. The water they drank were from bore holes sunk by missions in their communities. They attended Mission Schools. If all these goodness makes no meaning to them and the fact that Christians as well as their mission are endangered species and they target of pogrom being carried out under a Fulani occupation agenda, Nothing will!

Last word is important in politics, your edge must be kept in the space; words against words, propaganda must not be allowed to pass unattended to. For that a lot of demand will be on us, those who want to volunteer as content developers and writers on our writing team can reach us @ https://www.artintl.org/

Back to Sunday Adelaja, we will like him to rate Asiwaju by the performance of Adelaja’s party, APC and the programme of the person he will be succeding and not what happened in 1999 when he won an election on the platform of AD sorrounded by men and women of Awoism ideology. We are few months to elections, it is callous for him to expect us to wait for a man who was smart in 1999 but already shaking in 2022 till he wins election and bring think tank of those who helped Buhari to come help him develop a 100 years total eradication of other indigenous tribes. At least he has said in very clear terms, “he will continue where Buhari stops”!

Tinubu’s direct communication is not the same as Sunday Adelaja’s hallucinations!

He asked for signs of Islamization in Lagos, he should ask Lagos State House of Assembly to come out with their latest review of customary law and the Sharia clause. Adelaja should keep himself safe in his bunker and attend to the meat he said is on his plate!

The church and all peace loving Nigerians should take note of communication with the certain content in the days ahead, from the Presidential candidate of APC with his Muslim and fundamentalist pair. Their PROPAGANDA will be built on them. The church must be discerning if not, they will be fooled the second time:

1. The Presidential candidate of the All Progressives Congress will approach Christian leaders, especially those of the Yoruba origin and tell them that he is their brother and sell an ethnic presidency to them. He will tell them that it is not about religion but about region (zoning).

2. He will try to convince them that he is not a religious extremist because his wife is a pastor.

3. He will start attending a lot of Church programmes, beginning with Holy Ghost Congress, conventions, anniversaries and celebrations of clergy men especially in the South West and in Abuja. Though, we can’t stop him from coming to our Programme. But the church must understand that appearance can’t make up for negotiations. Someone who sat and negotiated with the Muslim North must not bamboozle us with appearance!

4. He will give large Financial donations to Churches and gifts to pastors.

5. He will publicly ask for prayers from pastors to prove that he believes in, and loves the Christian Faith!

6. Quite a number of pastors, especially of his ethnic extraction, will start endorsing him openly and try to sell his candidacy to their various congregations. We saw a subtle attempt by Pastor Poju Oyemade and now this direct effort from Sunday Adelaja. He can even be made a Baba Ijo by some churches! We won’t be surprised!

Tinubu knows what he was saying when he said he can handle the Southern Christians!

He singlehandedly divided church votes with his choice of Osibajo as Vice President and the planned visit of Buhari to the camp. But has Buhari been seen at the camp since he won the election? Food for thought!

The Church must be sober and vigilant. I have warned you again!