The Kogi State Chapter of the Peoples Democratic Party has been described as dead and inconsequential in Kogi State. 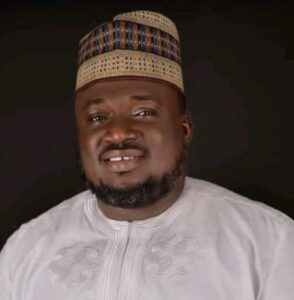 Barr. Zacchaeus Dare Michael, APC Chieftain, Human Rights Activists and Executive Secretary, Kogi State Office For Disability Affairs made the disclosure while reacting to the PDP victory in Osun State, laughed at some persons throwing jive that the PDP will win Kogi State.

Barr. Dare expressed optimism that with the result oriented administration, the APC he pointed out is not contemplating winning in 2023, rather it is concerned about the margin of defeat.

Barr. Dare who also doubles as the Director, Directorate, for Persons with Special Needs GYB for Asiwajushetima Network insist that PDP is forever dead in Kogi State.

He said those using the Osun State scenario to throw jive at the Kogi APC are day dreaming, said under the leadership of Gov. Bello, the APC will win overwhelmingly in 2023.

Barr. Dare described the APC in Kogi as compact and united, expressed optimism that PDP is finish, dead and buried.