The Kogi State House of Assembly has approved for the state government to borrow the sum of three billion naira to fund NG-CARES , projects in the state. 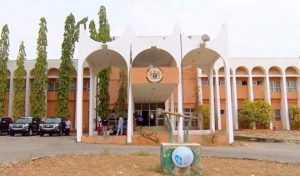 The approval followed the consideration of the letter sent to the assembly by Governor Yahaya Bello requesting the house to approve the said amount for the funding of the world bank assisted projects through the Nigeria Covid Nineteen Action Recovery And Economic Stimulus NG-CARES.

The house said the facility would be taken from zenith bank and repayment would be done on monthly basis from the state allocation on Frontline charge.

In the meantime the assembly has confirmed the appointment of the clerk of the assembly Mr. Chogudo Sule Ahmed as substantive clerk having been found worthy in the discharge of the responsibilities of his office.

The clerk had been on acting capacity since his appointment in the last six months.