Jama’atu Nasril Islam, Okunland in Kogi State has celebrated the 1444 Hijrah with a call for tolerance among Muslims and other religious groups. 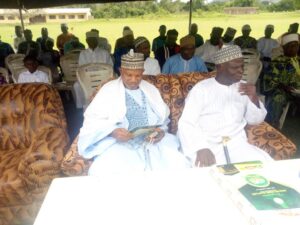 The Chairman of JNI Okunland, Alhaji Isiaka Sule made the remark in an address of welcome at the event held last Sunday at Amuro Community Secondary School in Mopamuro Local Government Area of Kogi State. 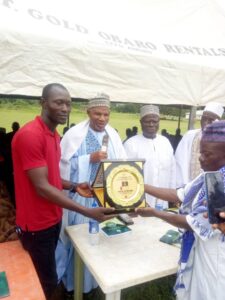 Alhaji Isiaka commended the founding fathers of JNI in the State for their selflessness and urged those coming behind to strive to be selfless in their contributions to the upliftment of Islam in Okunland and Kogi State. He commended Mopamuro Muslim Community for showing resilience despite its minor numerical strength adding that Allah will strengthen them and increase their population in no distant time.
The Okunland JNI Chairman commended the Governor of Kogi State, Alhaji Yahaya Bello for creating a very peaceful environment for religious groups to operate.
In his remarks, the State Chairman of JNI, Ambassador Usman Bello Commended Okunland JNI for always remaining topnotch in the propagation of Islam and encouraged them to keep it up.
The Guest Speaker at the event and Chief Imam of Mopa, Ustaz Babalola Yusuf in a paper titled ‘Islamic Propagation through Good Behaviour’ described Prophet Muhammad as a model for all humanity to follow and called on all and sundry to emulate him.
Also speaking at the event, the Secretary JNI, Kogi State, Alhaji Isa Adeboye described Rt. Hon. Elder Leke Abejide and Late Alhaji Ismaila Musa Irewole as worthy sons of Okunland carefully selected for merit awards based on their antecedents of giving massive support to Islam. He prayed Allah to reward them abundantly.
Highlight of the event was the launching of Hijrah Calendar 1444AH and presentation of merit awards.