A legal practitioner and Chieftain of the Peoples Democratic Party has described the attempt by the Economic and Financial Crimes Commission to pursue vote buyers on election day as uncivilized and unnecessary. 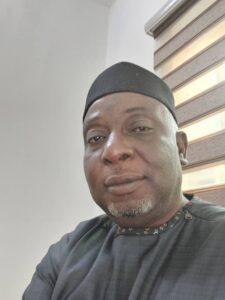 Speaking to Newsmen on how vote buying can be checked in the nation’s politics, the State Treasurer of the Kogi State PDP, Barr. Alfred Bello said all what INEC needed to do was to prevent vote sellers from displaying their votes to votes buyers.

He advise INEC to re -build the cubicles in such away that voters will enter a closed cubicle, thumb print and cast their vote inside the cubicle thus making it difficult for voters to display their vote to the vote buyers to see.

Barr. Alfred expressed satisfaction with the introduction by INEC aimed at ensuring a credible 2023 election maintained that the issue of vote buying and selling still remain a major issue.

He however concluded by saying that it is very certain that no vote buyer will be ready to buy vote they he did not see, urged INEC to improve on and provide closed cubicles that would make voting private from the eyes of vote buyers.