Edo PRP Passes Vote Of No Confidence On Edo REC 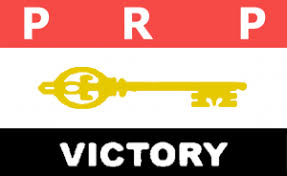 The Edo State Chapter of the Peoples Redemption Party (PRP) has called for the immediate replacement and the prosecution of the Edo State Resident Election Commissioner, (REC), Dr. Johnson Alaibo Sinikiem.

The PRP demand is coming few weeks after a similar call by the ruling party in the party, People’s Democratic party (PDP).

The PDP had in a petition signed by the party chairman,  Dr. Tony Aziegbemi accused the Edo REC of forgery and falsification of reports.

The PRP in a statement signed  by the party‘s chairman, Dr. Greg Igbinomwanhia said the party’s stance is based on the recent corruption exhibited during the recent voters registration in the state where money was alleged to have exchanged hands between the INEC officials and the people as a condition for registration.

According to the party,  “it is highly embarrassing that the bribery allegations in the last voters registration was vividly captured by a leading national newspaper in the country.

The newspaper has reported that there was element of corruption during  the voters registration with the Commission allegedly demanding for money  before eligible citizens are allowed to participate in the continuous voter registration (CVR) ahead of the 2023 elections, applicants have alleged.

Dr. Igbinomwanhia condemned the attitude of the Edo REC who he said gave the laxity to the personnel for allowing his staff to deny the citizenry their civil responsibilities due to corruption.

Dr. Igbinomwanhia also stated that the petitions from Edo PDP and APC has enough evidence to prosecute the Edo REC, over their  involvement in the bribery scandal.