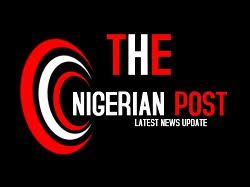 An alleged Kidnapper who recently killed his victim and transferred from Lokoja to Egume police station and an electrical vandal were said to have escaped from the Egume Police cell on new year’s eve.

The vandal who specialises in vandalizing NEPA cabble and thunder copper protectors and a professional kidnapper conspired and beat all the security outfits of the police to escape from the cell on this fateful day.

According to our correspondent, the notorious vandal was allegedly arrested by Akogu Omaga Vigilante Guards few weeks ago and later handed them over to the Egume Police Division for further investigation and justice while the alleged Kidnapper was transferred to Egume Police custody few days ago.

It was gathered that the activities of this vandal has on several occasions thrown Egume Community into darkness due to incessant theft of Transformer components and copper wires within Egume metropolis.

While the people of the area were enthusiastically expecting thorough investigation and justice on the arrested culprits to serve as a deterrent to others in the community, people were sadly informed on 1st January 2022 that the culprit escaped from the Police custody on the eve of the new year.

When contacted, the Egume Divisional Police Officer, DSP. Sylvester .A said he was not competent to speak to the press but has done his part and has referred the matter to the state command for further investigation.

It was gathered that the Station officer, Inspector Yunusa alleged that he was deceived by the criminals that they needed water to flush the toilet adding that in an attempt, he was overpowered.

Sources closed to the Police hinted our correspondent that the two inspectors have since been arrested and detained at the Egume Divisional Police.

In his reaction, the Security Chairman of the area, Hon. Gowon Omale frowned at the suspected foul play in the entire exercise saying that the officer at the gate was not there as at the time other officers were shouting for a closure of the gate when it was noticed that criminals were on rampage.

Omale suspected a foul play among the two Police inspectors, Yunusa and Atabor who allegedly conspired with the escapees.

Hon. Gowon Omale who condemned the laxity of the police stressed that the acclaimed synergy between the Police and other security agencies in curbing criminality in the society may not be achieved under this situation.

It would be recalled that the people of the community have cried out severally over the shabby deals of some police officers that have spent between eight and nine years in Egume Community without transfer, which according to them could lead to familiarity in criminality.

When contacted, the state Command of the Police Public Relations Officer, ASP Williams Ayah could not be reached for comment as his phone was highly engaged.