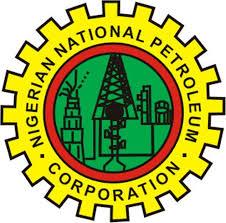 The Delta state Governor,Senator Ifanyi Okowa has been called upon to call his tax men to order , to speedily reopened the NPDC complex sealed recently over non payment of tax.

The call came following the sealed up of NPDC complex in Edjeba, community,Warri by staff of Delta State internal revenue service leaving the workers outside who were majorly ex militants that are engaged by the company to ensure they don’t go back to the creek.

The acting President of Riverine Peace Initiative in Niger Delta, Comr. Mulade Toluwa made this call in a statement signed and made available to Newsmen in Warri, Delta state.

He lamented that even when it is constitutional for the state government to collect tax from its citizens, both corporate and individuals, it has become worrisome the way and manner the Okowa staff goes about it.

” why we are condemning this act is due to the fact that most of the indegenes working in NPDC are repentant militants, and any opportunity they have to escalate uncontrollable violence and cause havoc, they would gladly utilize it.”

According to him, the peace Initiative organization would not want the ex militants who are majorly community leaders to take advantage of the lapses and erupt another violent unrest in the area.

The non governmental organization who had been involved in peace mediation between militants and government, and who also was responsible for the release of 10 Turkish Nationals in the high sea noted that after going through so many hurdles to broker peace in Niger Delta, would not fold it’s hands and watch violence unrest erupt in the area again.

He further emphasized that despite the huge sum of taxes paid to the state government, one can hardly feel the pulse of development in the area, as tax payers money only find their ways to individual pockets instead of what it was meant for.

” The Riverine areas are marginalized in so many ways, there are no accessible roads, no access to clean drinking water despite the huge taxes that are paid into government coffer.”

” In those days, tax payers money are used to construct roads, build and maintain health system , but since the advent of oil, the state government depends on money from oil allocation to execute scanty projects as they share the huge tax they collect from corporate organizations, individuals and even suffering traders who are just managing to survive.” He said.

He however applauded Governor Ayade of Cross River State who disclosed recently that the tax board should stop collecting tax from traders ,artisans, whose businesses are just coming up.

Also hoteliers who had less than 50rooms should not pay any tax to the government because these categories of businesses are just struggling to survive, and stripping them off their little money in the name of tax would appear to un doing the people who gave them power.

” If Okowa’s government continue in this manner, we the Riverine Peace Initiative in Niger Delta would embark on peaceful protest in all the states in Niger Delta region ”

” If these governor’s fail to emulate Gov. Ayade tax policy by abolishing all these unnecessary tax they use to impoverished poor people, there will be problem because the people can not continue to suffer in this manner ” he said.

He however appealed to Okowa led government to take urgent actions to ensure the measures used to collect these taxes from these corporate organizations have human faces as so many people from the community they operate benefits in one way or the other from them.

He added that the governor should not allow staff of internal revenue to scuttle his vice presidential ambition as what ever he do now will be translated in to vote during the upcoming 2023 general election.