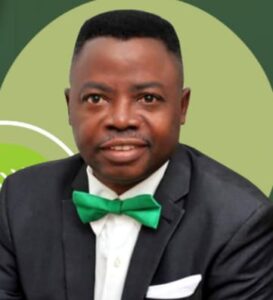 Artist Bob Kane and writer Bill Finger created the Batman superhero character in an American comic book published by DC Comics, the character debuted in the 27th issue of the book in March 30 1939.

The acceptance of the series and it popularity led to the production of the Batman movie. The movie explore the strength of emotion and the sentiment it can generate. Bruce, after witnessing his parents’ death learnt the art of fighting to confront injustice, when he returns to Gotham as Batman, he must stop a secret society that intends to destroy the city.

In like manner, Nigeria‘s Batman appears, not even history can state in clarity his parentage. Our real life Batman chose the line similar to his imaginary counterpart, to fight injustice and stop the secret society in the military that wants to destroy the nation, it worked perfectly well as Pa Ayo Adebanjo and others fell for it, what could have been Funso Williams was plucked out of his grip for the Batman upon his return to the country.

Tinubu’s first shot at a political contest was in 1992 on the platform of SDP to represent my Lagos West Senatorial District. The city boy from Chicago looks harmless with hidden ambition, but the rage of energy generated from avaricious passion for power is as destructive as ever, both self and society have always been its victims!

Bola Ahmed Tinubu is no doubt one of the most intelligent and strategic thinkers alive in Nigeria today, the plot of his script is a proof of my assertion. His ambition is obviously dated back to a time yet to be revealed but the annulment of June 12 1993 Presidential election won by MKO Abiola provided the activation, his take away from that election was not just the Muslim/Muslim ticket, but the Southwest/Northeast combo of Abiola/Kingibe, re-enacted in the Yoruba/Kanuri formula that did the job in 1993, which is now the Tinubu/Shettima; the secret of this will be revealed in the days ahead.

Playing a self scripted role designed to foster him as the hero of the Yoruba people of Southwest Nigeria and by extension the larger Nigeria society. Tinubu brought up the worst type of politics in Yorubaland where he became THE POLITICS, deceiving the institutional leaders of existing Yoruba political hegemony and dividing the family harmony through his extreme “generousity”. It was practically very easy to acquire persons needed, use and dump them once done. He has successfully retired practically all of Awo’s men he met on the scene. The real Yoruba valued politics of building consensus on where we stand as “awa” (we), as examplified by Awo’s philosophy has given way to “emi” (I), hence the genre “emi lokan”. Make no mistake, Tinubu is very clear in his communication, because, “enikan ki je awa de”, meaning, a single person shouldn’t announce arrival as we are here!

“Awa lokan” (It is our turn) was the philosophy of Awolowo’s leadership of the Yoruba nation, today, it has exchanged for Tinubu’s philosophy of “Emi lokan”, (It is my turn).

His understanding of the dynamics of a democratic society from America’s perspective made the deception procedure undetectable.

Democracy as a government of the people must thrive through the fourth realm of the estate that must speak for the people and help them form common opinion and of course the Civil Liberty Organizations who must champion the people’s fight.

BAT, a thorough bred capitalist has been able to “translate” himself into an “angel” of freedom of the people from poverty using the media to form opinion of him away from his reality and has conscripted the civil liberty organization into his adventure to usurp power from the people, today Tinubu is Lagos and he is on an adventure to become Nigeria. This much the north is practically aware of.

Today there is no longer “awa”, we, in the Southwest political space but “emi”, I. Tinubu is the people! With him lies all right and aspiration of the Yoruba people of Southwest Nigeria.

The Batman script resurfaced on the 2023 project with ASUU strikes when Tinubu the Aspirant met with their leadership and gave assurances that the President of the Republic couldn’t. 8 month down the line, lines are adding up and the curtain is drawn on the stage play; Batman: Students’ hero, Lecturers’ Saviour, Parents’ helpers! Who among the other candidates can beat that?

Batman got a beautiful media painting from the publication which stated:

“worried by the disagreement between the lecturers and government which had kept university students at home for eight months, Tinubu first sought and received the approval of President Muhammadu Buhari to intervene in the matter.

He then held series of meetings with the ASUU leadership, Minister of Education, Mallam Adamu Adamu, and some members of the panel constituted to resolve the crisis.

Some of the meetings, it was learnt, were held at the residence of the Minister of Education, while at least one took place at a location in Asokoro.

The meetings were said to have recorded initial success with both parties showing understanding and readiness to resolve the nagging issues.

The bone of contention, however, was getting the Federal Government to agree to pay the lecturers for the period they were on strike since the no- work-no-pay policy of the government is a law of sort.

And the government did not want to break the law it put in place.

However, the APC presidential candidate was able to extract some commitment from the government to relax the rule and at least offer one or two months pay to the lecturers.
Another problem, however, arose when the lecturers insisted on payment for the full period of the strike.

It was while this was on that Tinubu invited House of Representatives Speaker, Femi Gbajabiamila to one of the meetings to be part of the negotiation and resolution team.

At the meeting held at a location in Asokoro attended by ASUU President, Prof. Emmanuel Osodeke, Prof. Biodun Ogunyemi, a former ASUU President, Alhaji Hassan Sunmonu among others, Speaker Gbajabiamila offered to get the House of Representatives to take up the gauntlet.

The House met with the leadership of ASUU and the representatives of the Federal Government, including Mallam Adamu.

While this intervention was on, Minister of Labour, Dr. Chris Ngige, in a move that almost threw spanners into the peace process, dragged the ASUU leaders to the Industrial Court.

Eventually the legislators first put together a report which the Speaker handed over to President Buhari for consideration and approval. The lawmakers later passed a resolution to accommodate its position and FG’s approval, which paved the way for the calling off of the strike.

Westernpost claims a glimpse of the details of the resolution and stated that the university lecturers were offered two months pay while a contingency plan will be made to clear the remaining salaries and the salary increment agreed to in a supplementary appropriation”.

The truth is from the very 1st day the strike started, I suspected the Batman’s script. His funding and working synergy with Labour Unions in the country is dated back to our desires to see the military back to the barracks. His network with Frank Kokori strangulated the Babangida led junta government to step aside. I hope Nigerians still remember his relationship with the Oshiomole led Labour and how they successful frustrated Obasanjo’s government, was it for it that Oshiomole got rewarded as Governor of Edo State on the platform of ACN? The Occupy Nigeria protest that ended Goodluct Ebele Jonathan’s control of government can’t be disconnected from Tinubu’s influence.

Obi and his movement has proven to be a force to be reckoned with, though their platform of political identity; Labour Party, should be of concern. LP in my personal estimation is the most compromised political party in this country, their antecedent speaks volume in this light. The armies of online Obidients are yet to find any political creative leadership from the Party.

The foreseeable consequences of #EndSARS killing at the peak of political season on the second anniversary of the victims of military murder was imminent. BAT being the strategist that he is read the tide and plotted his stability scheme. He needed an orchestration that can creat a soft landing on the 2nd anniversary of #EndSARS and that he got through the cooperation of ASUU to drown the #EndSARS movement agitation on his ambition that may arise around the anniversary. Aren’t you suspicious the issue got resolved few days to the EndSARS 2nd anniversary which was yesterday. And his son Seyi Tinubu whose company pulled the light switch that brought the cover of darkness on the youth at lekki toll gate for the military blue murder to be perpetrated under the cover of darkness is convening youth walk this Saturday. ASUU’s call off of the strikes and the resumption announcements from schools is already a strategic disorganization of whatever arrangements the youth had in place for the memorial of their murdered colleagues. Of course under a government that has weaponized poverty and with millions of women who streamed out for Women Walk for Tinubu to earn as low as 2000 naira according to the allegations, followed by the “success” of MC Oluomo’s walk, who already gave a clue of what Seyi’s walk is likely going to be about in his speech of his walk. It is going to be a combination of the hungry mothers coming out to earn along with Oluomo’s crowd, add that to hired crowd of youth that Seyi will be recruiting from millions of youth in dire need of daily survival. We are about to witness unprecedented crowd who will come out to dance upon the grave of Nigerian youth. It’s part of the horror script of the Batman series that has become a reality show. Will Nigerian youth rise up to the challenge and refused to come out for hire! Your doubt is as strong as mine!