A strange woman who appear to have lost her memory was found wandering in harmony community behind Second 200 Housing unit Lokoja. 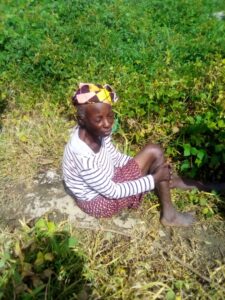 The woman who claimed not to have any child speaks Nupe and said she is very from Kupa.

The residents of the Community who are worried spoke with Thenigerianpost, said the matter has been reported to the Police.

Efforts to reach the Police Public Relations Officer SP Williams Ayah was not possible as he could not be reached.