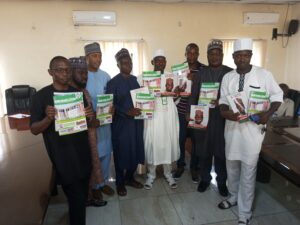 The Acting Executive Chairman made the disclosure at the official unveiling of a 32 page Kogi State Internal Revenue Service newsletter, said the KGIRS was able to achieve growth not necessarily by enforcement but by relationship management. 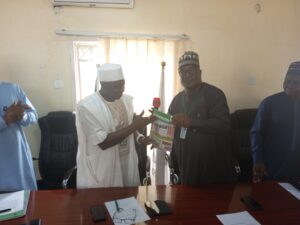 While promising increased growth in revenue generation for the State in the next quarter, the Acting Executive Chairman assurred that KGIRS would continue to give support to businesses and use relationship management before lastly enforcement to raise taxes. 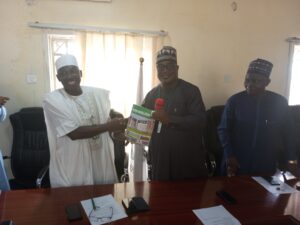 The Acting Executive Chairman maintained that KGIRS as an agency unlike other Tax Organizations in the country is more concerned about offering Tax services and not Tax collectors. 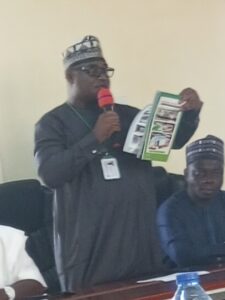 Alhaji Sule Salihu Enehe said the KGIRS is developing a tax chatter for the public to know there rights, engaged the public on tax issues, described KGIRS as part and parcel of the society reason why the debut of the newsletter is timely.

He pointed out that the KGIRS Newsletter would serve as a vehicle for people of the State to know what the taxes they pay is used for, expressed appreciation that the newsletter has brought out the scholarly gift of staffers of the Service, charged them to do more in the coming editions of the Newsletter in educating the people.

The Chairman expressed satisfaction that without mincing words, the present Government in the State is using the money from taxes collected for the benefit of all, listed several achievements in the State as a result of taxes well utilized.

The Acting Executive Chairman explained that the Service will continue to encourage tax payers in the State to expand their businesses, described the Kogi scenario as one that has helped businesses to grow and not over burden businesses.

While noting that while there is a global Economic downturn, expressed happiness that business in the State are not folding up due to taxes, rather said KGIRS is encouraging tax payers to grow and survive the harsh economic terrain.

The Chairman described the KGIRS Newsletter as bursting the pipe after several delays, said the magazine is to serve as a brand, help in unifying the tax brand, allow the Public to know what the Government is doing with there taxes, described the official launch of the magazine as coming at a better time.

He added that the Newsletter would help the Service to sale there tax products, pointed out that the Service has various tax items that would be made available to the public through the newsletter.

In a remarks, the Director, Administration and Editor in Chief of the KGIRS Newsletter, Alh Abubakar Bello, said the newsletter has brought to the fore the activities of KGIRS in transparency, Educating the people on taxes and what their taxes are used for.

While he praised the Acting Executive Chairman for the feat achieved, said several Chairmen made efforts to bring to bear the newsletter, but lauded the efforts of Alhaji Sule Salihu Enehe.

Earlier in his opening remarks, Alh. Muktar Idris, Editor, KGIRS Newsletter, described the occasion of the unveiling the Newsletter as epoch making, expressed optimism that issues of taxes, Information and awareness, has by the unveiling been taken to another pedestal, praised the efforts of the Acting Chairman for making the feat realizable.