… Says the appointment is well deserved

The Patron and Matron of GAMJI COALITION FOR ASIWAJU Ogori Magongo LGA Chapter have sent a message of congratulations to Alh(Dr) Sanusi Abubakar-GAMJI on his appointment as the Director General Tinubu/Shetima Independent Campaign Group (TSICG). 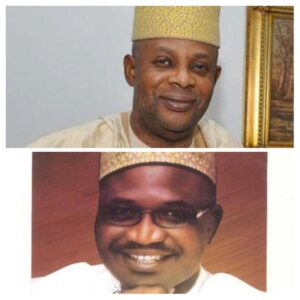 In a release signed by Hon. Moses Akande, Patron and Hon(Mrs) Petra Akinti-Onyegbule, Matron, Gamji Coalition For Asiwaju, Ogori-magongo Chapter expressed appreciation with the appointments described it as well deserved.

The Coalition wished them well in their assignment, assuring that they are well positioned to as usual achieve the objectives and ensure winning for the APC Presidential Flagbearers.

The Patron and Matron pledged the support and cooperation of the Coalition in Ogori-magongo LGA, promised to overwhelmingly deliver for the APC.