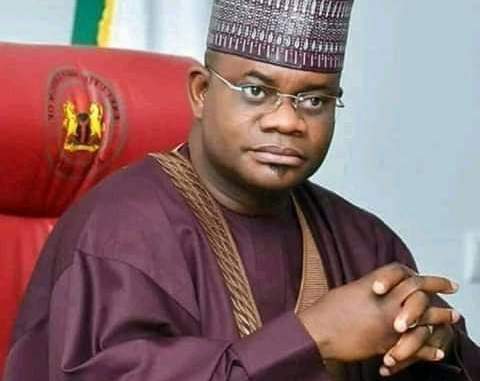 Gov. Yahaya Bello of Kogi State, has been praised for given prominence to the appointment of Engineers to man relevant Engineering field as an achievements that would linger on the minds of professional Engineers in the State.

The Lokoja Branch Chairman, Nigerian Society of Engineers, Engr. Yahaya M.D. Farouk made the disclosure when the leadership of NSE, Lokoja Branch, paid an advocacy visit to some Permanent Secretaries in Kogi State Service yesterday. 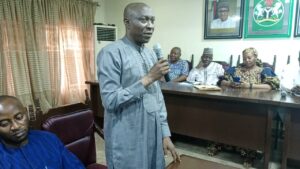 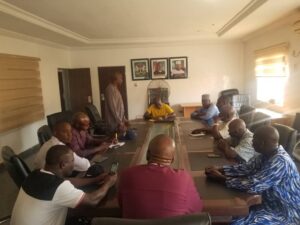 The visit the Branch Chairman disclosed aims at creating partnership as well as synergizing with the Permanent Secretaries on establishing a working relationship with the NSE, praised Gov Bello for ensuring the appointment of Professional Engineers to man key MDAs that should be the exclusive preserve of Engineers.

Similarly the Branch Chairman showered appreciation on Gov. Bello for the use of indigenous Engineers in project execution, said the NSE would remain grateful as it has hitherto helped in correcting the mistakes of the past.

But like Oliver Twist, the Branch Chairman appealed for more areas of inclusion for the Engineers and the NSE, wants the involvement of the NSE in bid processing and in other areas there services would be required.

Engr. Yahaya commended the administration of Gov. Yahaya Bello in the execution and successful completion of the first ever flyover bridge in the state as well as the Reference Hospital Okene and several other projects too numerous to mention with the use of indigenous Engineers.

In her remarks, the Permanent Secretary, Ministry of Local Government and Chieftaincy Affairs, Hajia Habibat Tijani Oiza, thanked the society for the visit and wished them well in there endeavors.

Present at the visit of the NSE to the Permanent Secretary, Ministry of Local Government and Chieftaincy Affairs was the Director General, Bureau of Public Procurement, Barr. Ehimony, Directors and Treasurers of the 21 LGAs of the State.