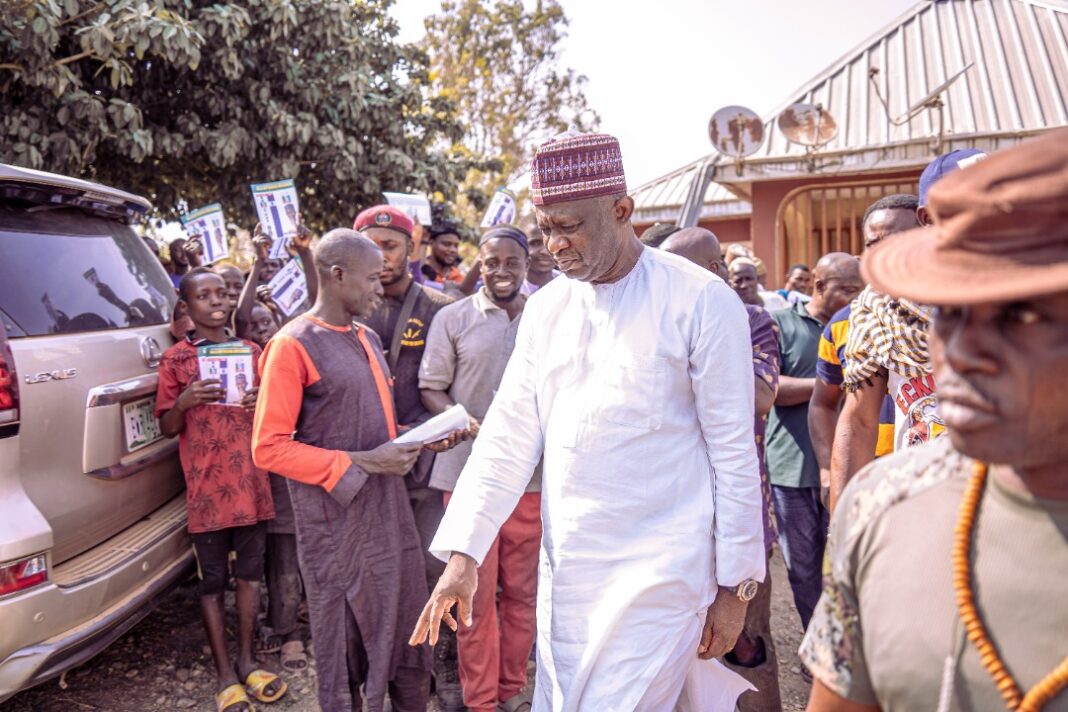 Hon. Sunday Karimi, the All Progressives Congress Flagbearer For Kogi West Senatorial District has promised to use effective representation and legislation to unlock the potentials of the district. 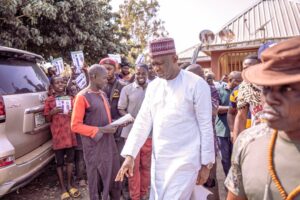 Hon. Karimi made the pledge when he and other candidates of APC visited the Olu of Oworo for Royal blessings and support ahead the February 25th election. 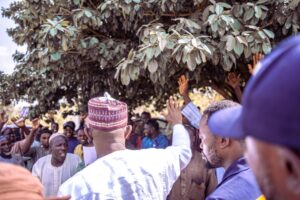 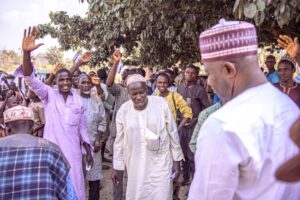 The team having received the blessings of the stool of Oworo, visited other traditional rulers in Oworo Kingdom, which include; The Maasi of Agbaja and Chiefs of other neighboring communities in Oworo Kingdom. 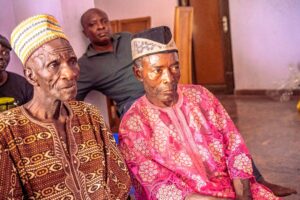 The All Progressives Congress Flagbearer says he will lead in the forefront towards ensuring that Youths of Kogi West are gainfully employed if he is elected. 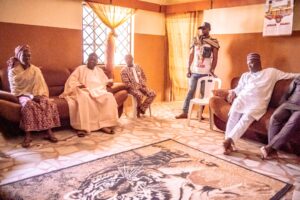 Hon. Karimi assured that he would leave no stone unturned in providing employment for teeming youths of the district.

While pointing out that he would do all that is possible to attract infrastructure development to Oworo Kingdom, urged the people to vote for the APC, described APC as a party that gives equal rights and opportunity.

While pointing out that he will make sure that youths and women of Kogi West are gainfully engaged in employment and empowerment, lamented that graduates are roaming the street, promised to look into the challenge, maintaining that he will justify the confidence reposed on him.

According to Karimi, “I will lead in the front using legislative action. The days when white collar jobs are readily available is long gone. I will work to create employment directly or indirectly to engage our youths”.

” The election is just around the corner. We have to win the election by working together, assiduously for APC to win from top to bottom “.

Hon. Karimi assured that Oworo Kingdom will get all that is due to them promised that he will not disappointed the traditional rulers.

While pointing out that he made marks while in the House of Representatives, promised to do more, not resting until Kogi West occupies it rightful place.