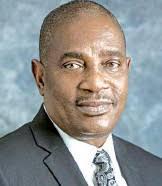 A group, the Benin Solidarity Movement, (BSM), a social cultural /political pressure group has congratulates former Inspector-General Of Police , Solomon Arase Over his appointment as the Chairman of the Police Service Commission (PSC).

The group in a statement signed by its President, Comrade Curtis Eghosa Ugbo and released to journalists in Benin City, said Solomon Arase appointment did not come to them as a surprise because, Arase have proved his quality during his service in the Police force.

The President Of Senate Ahmad Lawan , In a letter at plenary on Tuesday, presented President Buhari request on Sections 153 (1) and 154 (1) of the constitution as amended to clear Solomon Arase as the Chairman Of Police Service Commission ( PSC).

President Muhammadu Buhari has appointed Solomon Arase, a former Inspector-General of Police (IGP), as the Chairman of the Police Service Commission (PSC).

He thanked President Buhari for choosing the right person to preside Over the commission, assuring him that Arase will not disappoint him as he has been known to always perform.

He wish Solomon Arase a successful service to the nation as he has always done.

Before his appointment as IGP, Arase was head of the topmost intelligence gathering unit of the Nigerian police, the Criminal Intelligence and Investigation Bureau.

Born on June 21, 1956 in Owan West Local Government, Edo state, he attended Ahmadu Bello University for his undergraduate studies and graduated with political science degree in 1980.

While in Police service, Arase served in various capacities including being Commissioner of Police in Akwa Ibom State as well as serving intelligence gathering unit as Assistant Inspector General. He is a Fellow of the Nigerian Defence Academy and had served in Namibia during the United Nations peacekeeping operation.