Aug 8, 2022 MOBA Gets New Exco In Kogi, Vows To Actualisze Dreams Of The College

As part of measures tailored towards repositioning and laying a solid foundation for its programmes to thrive, the Kogi state chapter of Government College Makurdi, Old Boys Association, (MOBA) was inaugurated over the weekend. 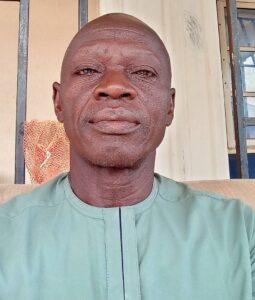 The executives to direct the affairs of the Association in the coming years is chaired by a veteran journalist and former staff of The Graphic Newspaper, Mr Noah Ocheni, JP. (set ’81).

They were inaugurated by national executives, Comrade John Godi (set ’81) and Comrade Toryue Philip during a meeting of the state chapter of MOBA held at NUJ Press Centre, Lokoja.

Comrade Philip who is the National Secretary of MOBA, admonished the new executive committee to strive to create impact in their Alma mater noting that government alone could not solve all the challenges facing the school.

On his part, Comrade Godi (set ’81) charged the newly inaugurated executives to initiate programmes that would advance the status of the college while expressing optimism that the new leadership would reinvigorate the association towards enhanced service delivery

In his acceptance speech on behalf of other executive members, the chairman, Mr Noah Ocheni who described the event as a milestone in the history of the group, thanked members for finding them worthy to coordinate the activities of the association.

Mr Ocheni commended the national body for its support and commitment towards promoting love, unity and sacrifice for their alma mater.

He promised members of his exco’s commitment and determination to drive programmes and activities of the association to enhance the fortunes of their alma mater.

The Chairman Expressed joy over the reunion appealed to all stakeholders of the Association in the state to come together to actualisze the visions and dreams of the college.