Master Bakers and Caterers Association of Nigeria have begun a strike action in Kogi State. 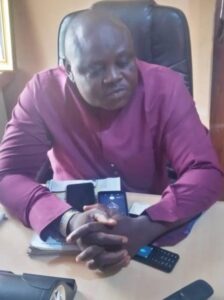 Recalled that the Association had threatened two weeks withdrawal of services to the public if government failed to intervene on the operational challenges of its members.

The National body of the association had resolved to begin the down tool as from Wednesday today.

Speaking with the Nigerianpost, the Chairman of Kogi state chapter of the association, Chief Gabriel Bamidele Adeniyi said that members of the state branch has joined the withdrawal as directed by the national body.

The Chairman explained that the proposed strike followed series of challenges confronting the bakery and catering industry in Nigeria which remained unattended to by government of the day.

He noted that all efforts made by the Association towards remedying them, were bluffed by the government and its agencies.

He explained that as at Press time, the association has achieved about 80% success of withdrawal, said no member produced bread today.

Chief Adeniyi enumerated reasons for the proposed industrial action to include; shortage of raw materials, increasing cost of materials, over taxation and levies.

“Since the ban on importation of flour into the country, no serious effort has been made for home grown wheat as promised by the government and it’s relevant agency, the Federal Ministry of Agriculture.

“The Master Bakers he explained have requested for Palliatives in form of soft loans or subsidy to bakers to enable them produce quality and affordable quantity bread for mass consumption, which was promised but not fulfilled

“These challenges facing the association he pointed out are threatening production of affordable and quality bread in the country.

“The commodity will therefore be off the streets, markets, shops and dinning table to drive home the points raised for necessary action by government.

“Constant increase in the prices of baking materials especially flour, sugar and other ingredients have led to souring costs, poor quality and great loss of customers and consumers conquently closing down the industry.

“If that is allowed thousands of bakers, millions of their employees will be jobless and marketers will also be affected, while millions of thousands of naira extracted from the industry will be lost to smugglers and foreign bakers of bread. The Chairman further explained.