The candidate of Peoples Democratic Party for Idah Federal Constituency in the coming general elections, Hon. Uchola Ojogbane Omale has called on people of the Constituency to elect credible leaders to enable the overcome her present myriads of challenges. 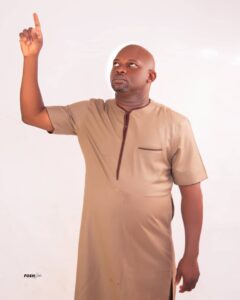 Hon. Uchola who made the call during a meeting with members of the party in his federal Constituency in Ofu LGA pointed out that with effective and resulted oriented leaders at all levels in the next dispensation, the federal Constituency and country’s lost glory would be restored.

He posited that his desire to contest the next House of Representatives seat for the Idah Federal Constituency of the state, was based on his determination to pull the area out of the woods, adding that if given the mandate, he would attract development to his constituency.

According to him, he said with his experience and exposure if given the opportunity, he would bring his experience to bear in churning out laws that would enhance good governance in the country.

Hon. Uchola, who further stressed the need for the electorates to take their destiny in their own hands, more so that both the All Progressives Congress Party have not been able to live up to expectations, assured that he would impact positively on the lives of the people, if voted into office.

He said there should be a change of baton in the next dispensation, rather than concentrating on ruling party affiliation, saying concerted efforts must be intensified in securing the future of the area.

The House of Representatives hopeful maintained that with adequate representation, the interest of the people of the western axis of the state can be adequately protected, and enjoined the people of the area to support him as they are out for social justice.