After speculations Malagi finally emerge the Gubernatorial candidate of the New Nigeria Political Party NNPP,dumping the All Progressive Congress APC. 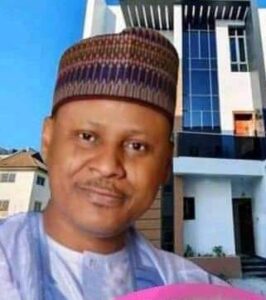 Malagi was elected the flag bearer of the NNPP at a special gubernatorial primaries on tuesday at the party Secretariat in Minna.

Malagi polled 124 delegates votes in the primaries where Dr Mukhtar Bala of the Ibrahim Badamasi Babangida University Lapai( IBBUL) was the returning officer and was supervised by the National Legal Adviser of the party Mr Horn Robert and officials of the Independent National Electoral Commission NEC.

The NNPP had previously elected Alhaji Yahaya Ibrahim Mohammed Sokodeke as the Party Gubernatorial candidate about three months ago in primaries organized by the party.

The State Organising Secretary,Mr Anthony Francis briefing Journalists after the conduct of the primaries, said that the fresh primary election was conducted under the directive of the National Secretariat of the party.

Khalid said the NNPP and other opposition parties will be swept off in the 2023 general election come next year.

The Campaign Director General of Alhaji Malagi,  Mr Idris Abubakar Azozo when contacted said he was not aware of any “plan by our principal to defect to any political party“.