The GAMJI COALITION FOR ASIWAJU Ogori Magongo LGA Chapter has sent a message of congratulations to HON. BIODUN JAMES FALEKE on his appointment as the Secretary of the Presidential Campaign Council for Tinubu/Shetima 2023. 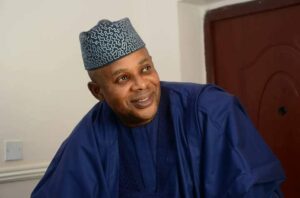 The Coalition said it is confident that Hon. James Faleke would bring his magic wand to bear in ensuring that he works in unison with the other members of the campaign organization to deliver victory for the presidential candidates.

While wishing him many more years of service to Nigeria, the Coalition wished him good health and the wisdom to discharge his duties in the coming days and ahead the election.