A frontline group representing the interest of Yoruba speaking people of Kogi state, Okun Development Initiative (ODI) has berated the Assembly Speaker, Kolawole Matthew, over his purported remarks advocating for another Ebira to succeed Governor Yahaya Bello in 2024. 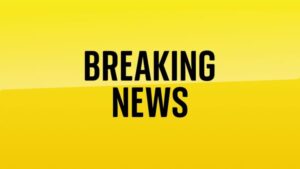 In a statement issued on Thursday and signed by National Coordinator of ODI, Deacon Olusuyi Otitoju, the group said Kogi House of Assembly Speaker misfired.

ODI reiterated its avowed positioned that an Okun man or woman must be governor of Kogi state after the incumbent.

“Our attention has been drawn to the speech made by the Speaker of Kogi State House of Assembly at the Government House yesterday. In the video that has already gone viral, the Speaker asked your Excellency to, if possible, look for someone from the Central to succeed you.

“This is rather unfortunate and unpatriotic. We condemn this speech and dissociate ourselves from the wish and aspirations of the Speaker as this was borne out of his selfish pecuniary motive.

“We hereby dissociate ourselves from the opinion of the Speaker, who has not only misrepresented the good people of Okun nation, but has at best, misfired.

“On behalf of the good people of Okunland, we wish to state categorically that the opinion expressed in support of another governor in the year 2024 by Speaker Kolawole is selfishly motivated, ill conceived and represents the narrow mindedness of an untutored and uncultured Speaker of the Kogi State House of Assembly.

“Our position is Okunman For Governor in the year 2024,” the statement said.

ODI called on other ethnic nationalities in the state to support Okun land to produce the next governor of Kogi state.