Kogi Chapter of CAN Inaugurated, Charged to Propagate The Gospel.

Jul 14, 2022 Charged to Propagate The Gospel., Kogi Chapter of CAN Inaugurated

The Kogi State Chapter of the Newly executive of Christians Association of Nigeria has been inaugurated with a charge to increase the propagation of the gospel in the state. 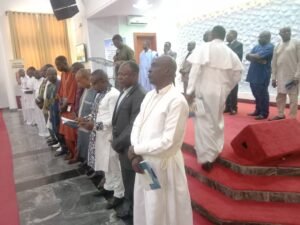 The Deputy Governor of Kogi State Stated this during the inauguration of the state chapter of Christians Association of Nigeria at government house chapel in Lokoja. 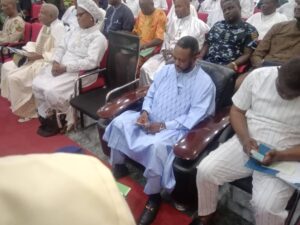 Chief Edward Onoja said the Christian Association is a formidable group with the aim of fostering Unity in spreading the gospel power to Nigeria and beyond. 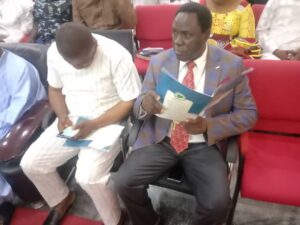 According to him the present Administration of Governor Yahaya Bello has maintained religious tolerance in the state in creating enabling environment for all adherents of religious bodies to worship their God. 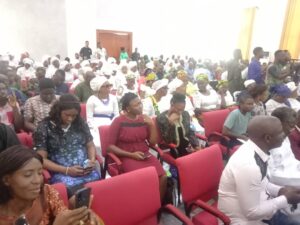 The Deputy Governor Thanked the Christian community in the state for their support and harmonious working relationship with JNI and called on other state of the country to come and emulate Kogi State.

He Congratulated the newly sworn in Officials for their Election and Commended the past CAN Chairman for the fit achieved noting that the chapel was build through the righteous influence of the former leadership.

Earlier the North Central CAN Chairman Reverend Isreal Adelani Akanji Represented by his Deputy Reverend Doctor Mathias called on Christians to remain steadfast in their faith with God adding that the church is a platform shouldered with the responsibilities of praying for the nation.

The religious leader Thanked Governor Yahaya Bello and his Deputy Chief Edward Onoja for achieving much in terms of peace, Infrastructural development, youthful participation in governance the state and encourage members of the Body to remain supportive of the current leadership in the state.

In his speech the State CAN Chairman Special Apostle Adebayo Emmanuel Olaniyan stressed the needs of Government to resolve the on going strike of ASUU noting that the society is becoming hostile as a result of long stay of Youths at home.

He reiterates determination to improve from the achievement of his predicessor in partnering with JNI to strengthen religious tolerance in the state.

He thanked Governor Yahaya Bello for his support to the development of Christians Association in Kogi State and Prayed God grant him wisdom in good health in piloting the affairs of the state to greater heights.

In their separate speeches the State Chairman of JNI Ambassador Bello Usman and the former CAN Chairman Bishops John Ebenu Congratulated the newly Officials and charged them against rumour.

High light of the ceremony was a prestigious award conferred to the Deputy Governor of Kogi State Chief Edward Onoja for his meritorious service in the state and other dignitaries.