The Executive Secretary, Kogi State Office For Disability Affairs, Barr. Zacchaeus Dare Michael, has described as unfortunate fire explosion that took place in Kabba, headquarters of Kabba-Bunu LGA in Kogi state, yesterday, which led to the death of persons, causing various degrees of burns on some people and destruction of properties. 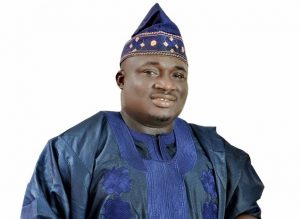 Barr. Dare commiserated with victims, and appealed for calm, law and order even as he charge relevant security and law enforcement agencies to unravel the mysteries surrounding the incident.

In a statement, Barr. Dare expressed his, “heartfelt condolences with persons who died, and Commiserates with other victims who sustained injuries and others who lost various properties in the very unfortunate fire explosion.

The Executive Secretary enjoined, “the good people of Kabba, particularly relations, friends and acquaintances of victims to be calm and not engage in acts that may be unlawful and illegal.

Barr. Dare called on the relevant security and law enforcement agencies to embark on very thorough, intensive and detailed investigations towards unraveling the truth about the unfortunate incident.”