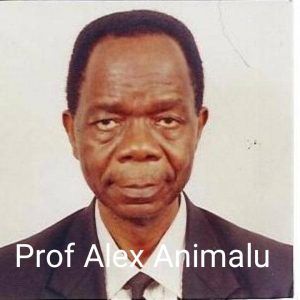 Professor Animalu, erstwhile President of NAS, the country’s most influential body of scientists and engineers, said in a statement on Sunday said that Geometric Power is “charting a new course in Nigeria’s growth,” because “it is the country’s first integrated power firm and it is showing how business can be conducted in the power sector.”

Geometric Power Ltd is promoted by Professor Bart Nnaji, former Minister of Power and preeminent engineering professor in different American universities before returning to Nigeria some 15 years ago to get involved in the reform of the country’s problematic electric power sector.

Other Nigerian power companies, explained Professor Animalu, either generate or distribute electricity, but noted that Sahara Energy Group came close because it has both the 1320 megawatt Egbin Power Plant in Lagos and the Ikeja Electricity Distribution Company (IKEDC), also in Lagos.

Prof. Animalu said, “Whereas the $600 million Geometric Power Company is licensed to generate up to 181 megawatts and distribute it to customers in Aba in Abia State and environs, the Egbin thermal plant, the biggest in the country, sends its power to the national grid from where it is transmitted to various distribution companies in Nigeria”, he stated.

“Freed of the burden of having, per force, to send its power to the national grid, Geometric Power is in a position to guarantee customers almost 100% of safe, quality, reliable and affordable electricity to nine out of the 17 local government areas in Abia State, reputed for indigenous manufacturing, commerce and innovation.”

Prof. Animals, a former Senior Research Fellow at the Lincoln Laboratory at the Massachusetts Institute of Technology (MIT) who is now Professor Emeritus at the University of Nigeria, Nsukka, described Geometric Power as a company which “shows how electricity business can be done to global standards, and is consequently changing Nigeria’s development trajectory.”
He said, “Professor Nnaji, a Fellow of the Nigeria Academy of Science, is a patriot who rather being content with lamenting the Nigerian condition, has chosen to fix one of the country’s major infrastructural problems, starting in one part of the nation.

“In fact, the very first power plant he built was started in 2001 and commissioned the following year by Vice President Atiku Abubakar.

“It was a 22 megawatt emergency diesel-fired power plant which supplied power for three years without a second blackout to places like State House, the Abuja Business District and the Nigerian national Petroleum Corporation (NNPC) headquarters.”.l

The top scientist described the facilities at the Geometric Power plant as world-class.

“Even though there are no natural disasters in Nigeria like earthquakes, the power firm has provided for such disasters.

“This means that should there be an earthquake, there will still be electricity in the nine out of the 17 local government areas in Abia State serviced by Geometric.