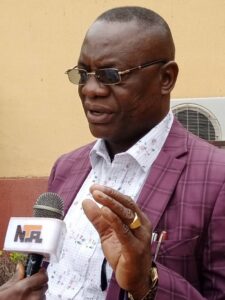 Comrade Ali Atabor who spoke with some Journalists in Minna, the Niger state Capital today on the sideline of the grand finale of the Union’s Press week, noted that the performance of the Council under Comrade Abu Modu is phenomenal.

The former National Trustee said the Council has witnessed impressive infrastructural development and increased capacity building of its members within the short period in office.

Comrade Ali Atabor who was a former Chairman of NUJ in Kogi state enjoined Comrade Abu Modu and his executive members to sustain the current tempo of development in the Council.

On the grand finale of the Press Week, Comrade Ali Atabor described the theme ,”Fact Check To End Fake News; Task Before Niger state Journalists Amid Security Challenges”, stated that it was timely in view of the danger it caused the society in recent times.

The former Union leader called on his colleagues in the main stream media to exhibit professionalism and abide by the ethics of journalism in order to avoid spreading fake news.