The above named political platform in conjunctions with the various youth’s organisations across kogi state held a meeting yesterday being 4th August, 2022 at the Safari Hotel Ganaja, Lokoja in kogi state; where the group leader Hon. Shittu Idris Haruna call on the party leadership in kogi state to endorse and declare Alh. Abubakar Ibrahim Idris as the sole governorship candidate of our great party PDP during the upcoming 2023 governorship elections. 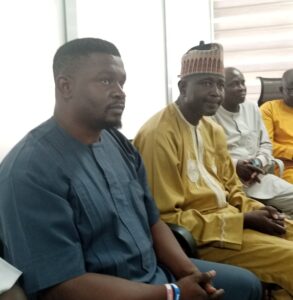 The group gave several reasons why Alh. Abubakar Ibrahim Idris should be the ideal candidate our party for the next governorship elections in KOGI STATE.

The group reiterated that capacity, affluence and influence are fundamental tools for any election in Nigeria especially when you are contesting with the power that be.

Alh. Abubakar Ibrahim Idris is a Kogite, highly intelligent personality, a business tycoon; PDP cannot afford to gamble with the future of our Children, Youths, Women and the elderly under a clueless administration as witnessed currently. Before their final declarations many group leaders took times to speak, prominent among them is Hon. Oluwo David Black from Kogi Central who said that the political sagacity of Alh. Ibrahim Idris as the former governor of Kogi State should never be ignored during the upcoming elections. We need his maximum support to be able to wrestle power from the current government in Kogi State; he has done it before for others and there is nothing bad if his son contests the during governorship race of 2023 in Kogi State.

Finally, the leader of the group Hon. Shittu Idris Haruna emphasized that we should all vote massively in favour of Alh. Atiku Abubakar during the upcoming 2023 general elections in Nigeria.