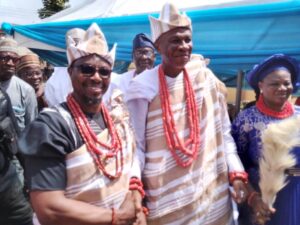 Mr Saliu Ahmed, Managing Director of the interventionist agency, disclosed this on Wednesday, in Okpe, during the conferment of chieftaicy title on him

The Olokpe of Okpe kingdom, His Royal Highness Oba Eshimokhai Idogun lll had in celebrating his 35 years on the throne conferred chieftaincy titles on Ahmed and two other personalities.

Ahmed who was conferred with the title of Odufade of Okpe kingdom which means, he who brought Joy to us, said that the construction of the golf course would boost sporting and recreation in the community.

He noted that the recipient had as part of his contribution to the development of the community established an integrated farm, modelled after the Songhai integrated farms in Port Novo , Benin republic.

The farm he said had removed youths in the community from the streets, as well as provided them the opportunity to farm for money as well as to be self engaged in farm business.