A Socio Cultural Group, the
Coalition Of Benin socio Cultural 0rganisations, (CBSCO), has called on President Muhammudu Buhari to urgently consider a Benin person as Managing Director of the Nigeria Petroleum Development Co-operation. 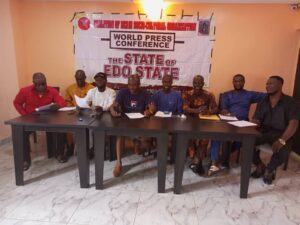 The group in a statement made available to journalists in Benin City and signed by Mr. Amas Edobor, Coordinator General, Iyamu Osaro Culture, Secretary General and seven others , appealed to Muhammad Buhari to consider a Benin Person for the positions.

He said, ” it is disheartening to note that no Benin person has heard such position of managing Director or lofty management position since the inception of the company 34 years ago.

According to them, “Having been so patriotic and hospitable to NPDC as a Kingdom and state without trace of threat to its operation since its existence in Edo State even when it has
become glaring that our hospitality and patriotism have been taken for granted for several times as it relates to the appointment of key management board of NDDC, we therefore want to use this rare opportunity to request President Buhari to urgently attend to our demands which are as follows”:

“That Since NPDC was created in 1988, no single Benin Man has held the position of Managing Director nor any other lofty management positions.

” That we call on all Benin Sons and Daughters who are holding revered positions to immediately networks to reach out to President Buhari as getting his nod on the appointment of Benin man as Managing Director of NPDC.

Edobor further appealed to the President to take the necessary action by listen to their demands as they are very peaceful people, as not to create room for youth restlessness.