The People of Kogi state have been called upon to turn out enmass to receive their PVCS to enable them participate in all the forthcoming Electoral process for next year’s general election. 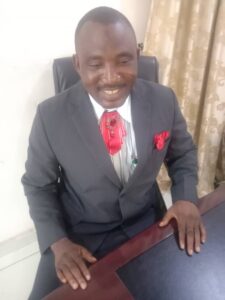 Barr Muhammed Tanko Musa said PVCS is an important tool to elect credible leaders in the forth coming general election noting that Nigeria is in need of patriotic leader’s to Govern them.

According to the All Progressive Congress political leader, the people of Kogi local government Area must not disenfranchise themselves stressing that the 2023 general election will be a serious moment for Nigerians.

The All Progressive Congress Stake Holders who also is the current state Chairman of the state civil service commission called on the tribes living in Kogi local government Area to remain focus to the development of the state and thanked Governor Yahaya Bello for considering son’s and daughters living in the area in appointment serving his Administration.

Barr Muhamad Commended the state government for its proactive efforts at restoring normalcy and harmonious relationship with people in the state and called on aggrieved individuals in the just concluded primaries of the elections to apply civilise ways of doing things to seek redress than using confrontational means.

The political leader said the people of the local government Area have stayed together for many decade’s pointing out that Govermor Yahaya Bello has strategically provided ultra modem hospital and has connected Kogi koto karfi to national grid and development.

He maintained that the land is blessed with lots of both human and natural resources capable of accomodating everybody in the land, called on the Youths, leader’s of thoughts to give peace a chance for the development of the state.

Alhaj Muhammed Tanko Musa appealed to the state government to provide more basic infrastructure to the people of the koto noting that the Local Government Area was in need of serious more development.

The State Chairman Kogi State commission political leader also called on Muslims to participate actively in politics stressing out that democracy remains the best system of government in the world.

Muhammed Tanko called on Muslims to be faithful in serving God stressing out that it gives blessing and international reward and called on Christians never to be afraid on the Muslim Muslims tiget.

The Chairman Commended Governor Yahaya Bello for transforming every sector of the state economy pointing out that the people of Kogi local government Area will remain great full to him.