The Flagbearer of the All Progressives Congress for the Kogi State House of Assembly Yagba West Constituency, Hon Yemisi Oshaloto has called on the youths to be part of the political process of their country. Yemisi speaking on a panel discussion at the 3rd OJN Symposium on Friday at Lokoja called on youth to actively participate in the electioneering process. 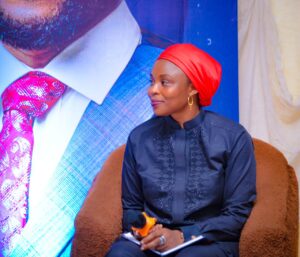 Hon Yemisi responding to the question of voter apathy amongst youth in the last general election argued that youth must be visibly represented in the 2023 elections, describing them as a political force that can positively influence issues that will affect their lives in years to come. “Young people have a stake in our future. We must keep sensitizing ourselves to actively participate in politics, governance and to vote and be voted for” she said. 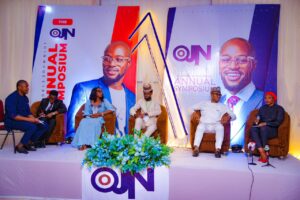 The APC candidate also called on relevant bodies and agencies to continue to educate the teeming youth on how they can bring revolution through the ballot box.

Yemisi used the opportunity to assure the gathering of her readiness and that of the various youths fielded by political parties to change the narrative of governance in Nigeria.

The theme of this year’s OJN annual symposium is The Political Atmosphere: Renegotiating the Place of Youths through Commitment, Resilience and Action. In attendance were the Executive Governor of Kogi State who was represented by the his Chief of Staff Pharm Abdulkareem Moh’d Jamiu Asuku, the Secretary to the Government of Kogi State Folashade Arike Ayoade, PhD, the commissioner of Finance Budget and Economic Planning Idris Asiru, FCA, commissioner for Education, Science and Technology, Wemi Jones.