The Kogi State Treasurer of the Peoples Democratic Party, Hon. Alfred Bello has appealed and cautioned against the removal of Prof. Iyoacha Ayu. 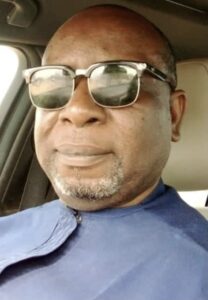 Hon. Bello said asking Ayu to step aside at this period will be counter productive, which might affect the Party‘s victory in the forthcoming general election.

According to Hon. Alfred Bello who spoke to Newsmen, the position of National Chairman was zoned to the North not because of the Presidential ticket but based on the fact that a southerner in person of Chief Uche Secondus just left the position.

The Kogi State Treasurer of the Party says it is the turn of the
North to produce the Chairman added that the present chairman and other executives were elected at a convention.

He maintained that if Iyoacha Ayu is magnanimous enough for the sake of the party progress agreed to step down so that both the Chairman and President will not come from the same North, urged that the understanding should not be overstretched because of it consequences.

The question now according to Hon. Bello, is if the Chairman is returned back to South and God forbids ATIKU losses the election, asked if the PDP would be returning back the position of chairman to North.

Hon. Bello therefore appealed to the PDP Presidential Candidate, Alhaji Abubakar ATIKU, the NWC and BOT to please intensify more efforts on the reconciliation, equally pleaded with Chief Nyesome Wike to consider unconditional reconciliation at this trying period of the party when everyone is expected to sacrifice for the party victory.

On the Arise TV program that featured the PDP candidate, said with due respect to our Presidential candidate, said ” it was wrong to say you have picked the person you can work with”. Invariably it means you can’t work with Wike and you want Wike to work for you.