A Chieftain of People’s Democratic Party (PDP) and former Governorship Aspirant in Kogi State, Alhaji Abubakar Ibrahim Idris has expressed worry over increasing cases of insecurity in the State. 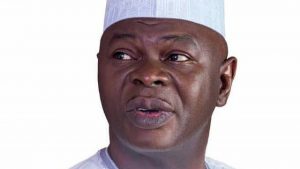 Specifically, Alhaji Abubakar frowned and condemned recent attack on Okehi Area Command of the Nigeria Police at Eika-Ohizenyi in the Okehi Local Government Area of Kogi State by suspected gun men who killed a police inspector on duty.

He also sympathised with victims of tanker explosion in Felele area of Lokoja, the State capital.

The PDP Chieftain in statement through his Media Team noted that the latest attack was the second in less than one month after the Adavi Police Station came under attack in early June in which three police officers were also killed.

Alhaji Abubakar sympathised with the affected communities and reiterated his call on government to ensure security of lives and property in the State.

“It is with heavy heart that I want to use this medium to appeal to the State government and security agents to always be proactive to respond quickly to this type of incident to save lives and property.

“However, I wish to condole with the bereaved families who lost their loved ones in these incidents and similar incidents in other parts of the State in recent times.

“It is devastating to always hear that in most of these incidents, attackers often operated for hours without any interference from security agents.

“Nevertheless, I wish to strongly advise that nobody should take law into his or her hand as it is our hope and belief that government will protect the citizens as required by the Constitution of the Federal Republic of Nigeria.

“Government and security agents should however, try as much as possible bring the perpetrators of these heinous crimes to book in order to rekindle the hope of the people.

“I also appeal to the Government to beam its searchlight in those areas under attack to fish out the attackers who may be lurking around.

“And looking at the fire incident few days ago, it appears that tanker explosion is becoming a continuous happenstance in Felele area of Lokoja which often led to burning of innocent people beyond recognition.

“I want to appeal to the government to look into the state of the road and do the needful and also advised tanker drivers who convey fully loaded tankers with petrol through the State capital to always take precaution and put the heavy duty vehicles in good condition to avoid future occurrence, “. He said.

PEACE CAMPAIGN ACCORD PACT : HOW FAR, HOW WELL?