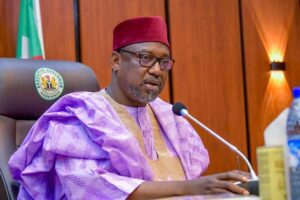 The Organized Labour in Niger State have noted with concern, a coordinated stereotype being orchestrated by some aggrieved pensioners under the auspices of RETIREES PRESSURE GROUP. In the state.

In a Press statement by the Media team has it that the RETIREES PRESSURE GROUP asserted that the Organized Labour and the Nigerian Union of Pensioners in the have compromised their responsibility to protect their interest.

According to the statement, Organized Labour and Nigeria Union of Pensioners,Niger state chapter has condermed in it totality a call made by the Retirees Presume Group that called on Niger State Government to repeal the contributory pension scheme law, among other flagrant assertions.

“We are therefore compelled  to issue this statement by the two Union,to set the records straight and properly inform the general public that”.
the Organized Labour in Niger State shares in the agony of retirees.

“We understand the way and manner some Pension administrators  have subjected retirees after served the State meritoriously, *Pension is a right and it must be preserved and respected”, which we understand and are pursuing vigorously.

Contrary to the misleading insinuations made by the group, the Organized Labour has written series of correspondences, organized rallies/protests and embarked on industrial strike action with pension and other civil servants related matters are cardinal reasons.

Organized Labour has been consistent in pressing the right bottoms towards alleviating the suffering of pensioners and civil servants in the state.

“They claimed that emphasis, in continuation of the struggle for pensioners’ rights, series of letters have been written since the assumption of Comrade Idris Lafene as the Chairman of Nigeria Labour Congress. Official communication in that regard vide a letter reference OL/NS/040/GEN/Vol. 4/01 dated September 9, 2022, and addressed to the Governor of Niger State demanded the following.

1. Government should immediately release the sum of One Billion Naira (#1,000,000,000) for the payment of gratuities to retirees of State and LGAs.

3. To provide succour to the plight and suffering of retirees on the Contributory Pension Scheme (CPS), the government should meet its obligation by remitting its counterpart funding and accrued rights as contained in the agreement of Saturday; 8th February 2020.

4. Arising from the implementation of Thirty Thousand Naira (#30,000) national minimum wage in Niger State, the government should immediately implement Minimum Pension for retirees of State and LGAs.

5. Government should abolish the practice of paying gratuities by categorization of beneficiaries on Grade Levels and percentage payment of LGA beneficiaries.

6. Government should improve on the time lag that usually characterizes the payment of monthly pensions to retirees of LGAs.

As an addendum, the referenced correspondence concluded thus; WE WISH TO REITERATE OUR POSITION THAT IN ADDITION TO ADDRESSING GREY AREAS, RESUMPTION OF 7.5% CONTRIBUTORY PENSION SCHEME (CPS) IN NIGER STATE IS SUBJECT TO THE IMPLEMENTATION OF AGREEMENTS ENTERED WITH THE ORGANIZED LABOUR ON SATURDAY; 8th FEBRUARY 2020 AND THURSDAY; 10th MARCH 2022.

As highlighted above, a subsisting agreement between Niger State Government and the Organized Labour dating back to 8th February 2020 on pension-related matters has not been honoured to the latter. It, therefore, amounts to cheap blackmail for RETIREES PRESSURE GROUP to aver that the Organized Labour is doing nothing about the plight of pensioners.

On issues related to Contributory Pension Scheme, the Organized