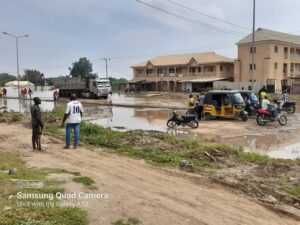 The Kogi State Commissioner For Environment, Hon. Victor Omofaiye says efforts is on to make all available schools in Lokoja, camps for people displaced by the current flooding ravaging the State. 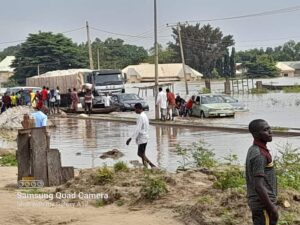 Hon. Omofaiye expressed worries that several hundreds of people have been displaced, said aside the available schools that would serve as temporary camps, the Hostels in Wada Estate he said is already been prepared to receive displaced persons. 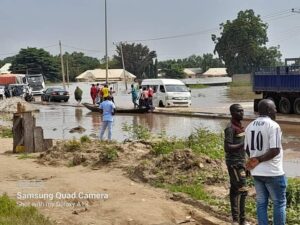 He advised people living in flood prune areas to relocate to higher ground as a matter of urgency, pointing out that the flood comes mostly in the Night, lamented that until after the assessment, it would be difficult to ascertain the total number of people displaced.

He said he and other government officials are moving round to access the level of damage, people displaced, disclosed that the State Government is concerned about saving lives, asked people to run for there lives by relocating to higher ground or come to any displaced persons camp, pointing out that the safety of the people is more important.

More worrisome is that movement of vehicles have become a challenge for motorists along Ganaja village an area that links the south east to the North, as water has overflown the water banks by several kilometers cutting off the only road for users.

Similarly, the Kabawa road has been taken over, with Motorists resorting to the use of Angwan Kura Road, with the Motorists facing untold hardship.