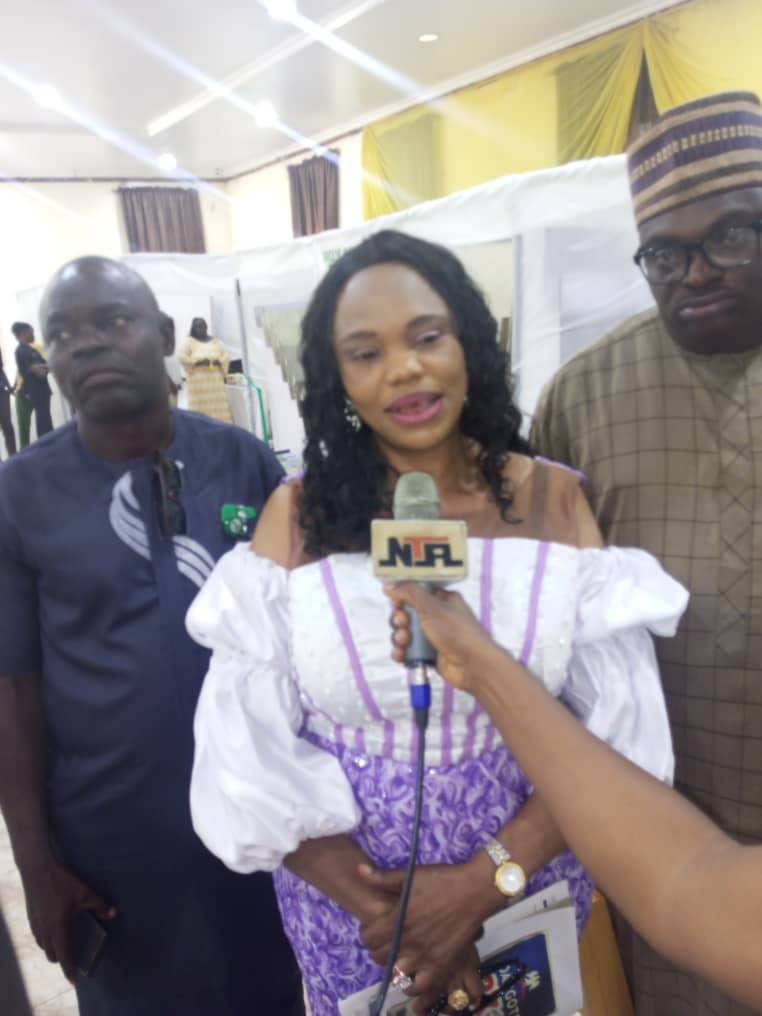 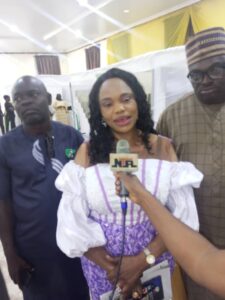 The Kogi State Coordinator of HYPPADEC, made the disclosure shortly after receiving an award of Excellence on behalf of the Commission at the ongoing Kogi Built Environment and Building Materials Exhibition for quality service delivery holding in Lokoja.

The Coordinator described the high level of administration and transparency exhibited by Alhaji Abubakar Sadiq Yelwa in managing the affairs of the Commission as unprecedented, said the achievements by the Commission is just a tip of the iceberg of what to come.

While she lauded the giant strides of the Commission, Engr. Joan praised Alhaji Abubakar Sadiq Yelwa for making impact within the shortest time the Commission came on board, described his midas touch in following due process as the reasons why people living in HYPPADEC catchment Community’s are feeling the positive impact of the Commission, particularly in Kogi State.

While she assured of the Commission’s readiness to meet with the mandate for setting up of the Commission in the State, she expressed appreciation with the activities thus far carried out, pointing out that HYPPADEC in Kogi State is a dream and blessing come true.

Engr. Joan commended President Mohammadu Buhari for finding the Managing Director worthy for selfless service, said people living in the riverine communities in the State who have hitherto been neglected are now heaving sigh of relief.

Engr. Joan who received the award on behalf of HYPPADEC, thanked BEBM Exhibition for having a bird’s eye view in singling out HYPPADEC for making positive impact in the lives of the people, ascribed the achievements of the Commission to the outstanding performances of the Managing Director.

Engr. Joan listed all the achievements it has thus far made in the lives of the people in the ten affected HYPPADEC Local Government Areas of the State as impactful, disclosed that the Managing Director is consistently and tirelessly working to actualize the mandate of the Commission.

Thus far, the Commission Engr. Joan Oguche disclosed has embarked on free medical program in HYPPADEC and other intervention that has gone a long way in assisting the citizens in meeting there health needs.

Aside several empowerment programs aimed at improving the well-being of the people, the Commission’s Youth Transformation Program for about 700 youths presently undergoing training, Engr Joan explained aims at gainfully engaging youths of the State to be self reliant.

Farmers living in the riverine areas Engr Joan added have been equally assisted with fertilizers, to aid increased production, added that the Commission have distributed bags of rice to cushion the effect of poverty in HYPPADEC related Local Government Areas.

Several motorcycles to help in securing communities in HYPPADEC Local Government Areas Engr. Joan she disclosed have been distributed by the Commission in the State, said arrangements have been concluded by the Commission to pay school fees of students of the State who are in Tertiary Institutions from catchment areas.

Engr Joan explained that the Commission has paid the school fees of about 2000 students from the State as well as paid WAEC/NECO fees of students in HYPPADEC Local Government Areas since inception, attributed all the achievements to the good works of the Managing Director who she disclosed remains a shining light for the Commission.

NIGERIA’S PEACE 2023 AND BEYOND: CCGI CAUTIONED