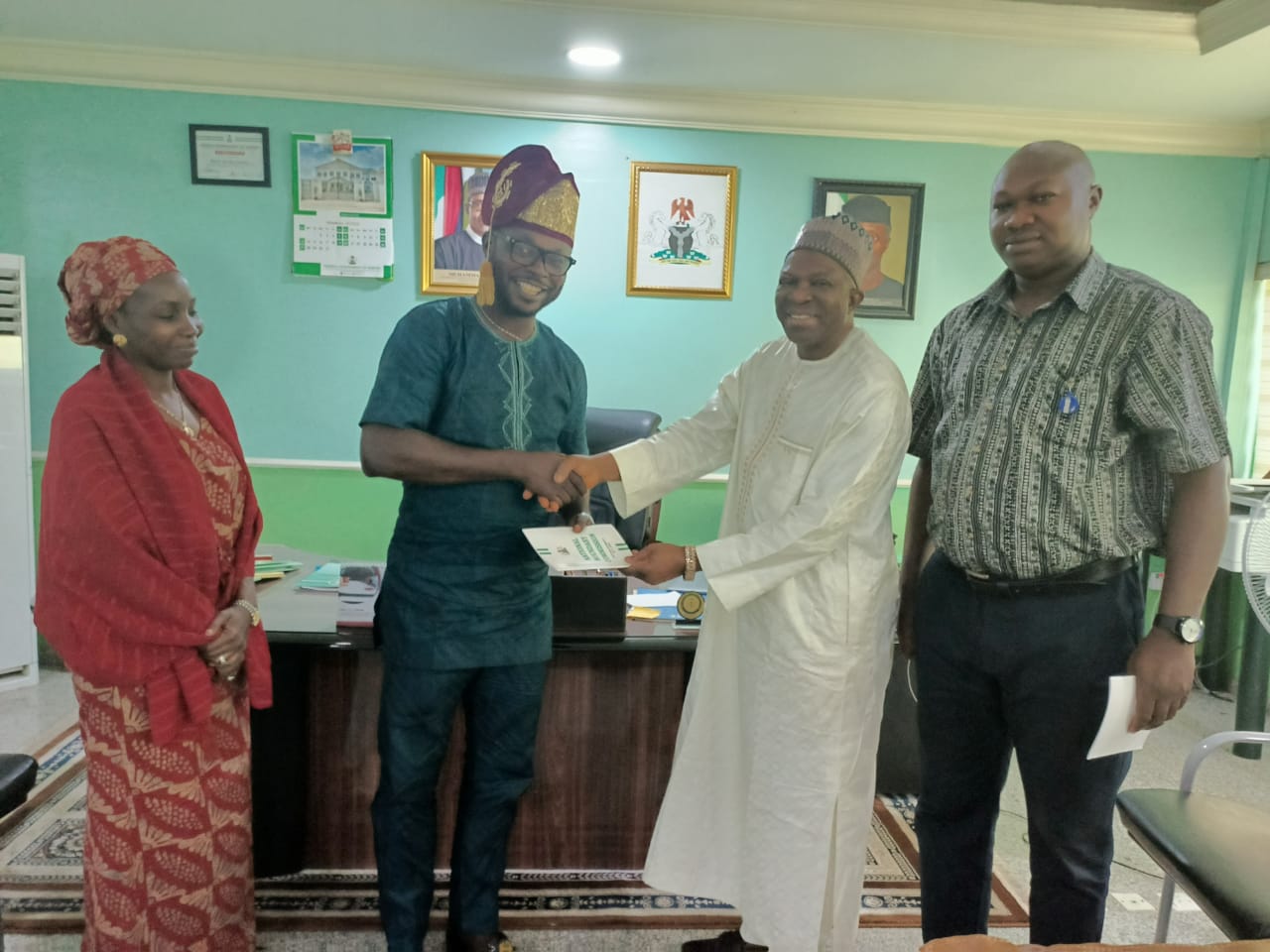 Recently, the Senior Special Assistant on Boundary Matters to a 2023 Presidential Hopeful of the Federal Republic of Nigeria, and Governor of Kogi State, paid a familiarization visit to the National Boundary Commission.

At the visit, the SSA, Hon. Aiyelabowo Adebanji Austin while stating the reason for the visit with his team said it was pertinent for his new office to familiarize itself with the mother agency in other to understand in details the roles and modalities of the commission and how Kogi State can address boundary issues that may be lingering. He also stated that his office has come to seek possible partnership with the NBC.

Responding, to the visitors, the Director General of the commission, Surveyor Adamu Adaji, who happens to be from Kogi State personally received his guests, expressed his delight to have the SSA come strengthen the boundary relationship with the commission.

He urged that Kogi, being boarded with about nine other states should urgently constitute a Boundary Committee as it is required by the National Boundary Commission (Establishment Act 2006).

He also schooled the SSA and his team on the establishment and functions of the commission at the levels of International and Internal boundaries as well as States and Local Governments boundaries.

In his words, Surveyor Adaji said, “I look forward to attending the inauguration of the committee after it has been constituted by the state government.” Which is expected to be the beginning of many collaborations in future.

PEACE CAMPAIGN ACCORD PACT : HOW FAR, HOW WELL?