… Host members to a get together 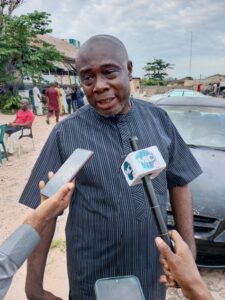 The Kogi State Chairman of the Nigeria Union of Journalists, Comr Adeiza Momohjimoh has reiterated his resolve to professionalism and welfare of members. 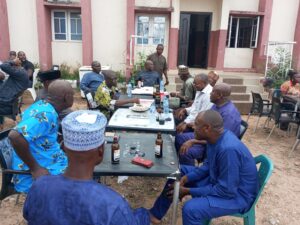 Comr Adeiza gave the assurances when he fated members of the Union to a get together, urged practicing Journalists in the State to uphold professionalism in the discharge of their duties. 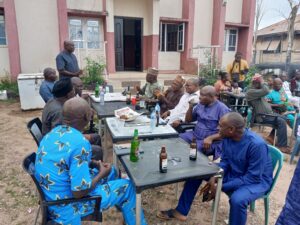 Comr Adeiza described 2023 as a defining moments, urged Journalists to be cautious about their reportage before, during and after the election.

He warned against unethical conduct that would create conflict, urged practitioners to be conflict sensitive in there reportage.

The NUJ Chairman praised the Journalists in the State for their high professional conduct, urged them to sustain the feat ahead and after the 2023 general election.

He warned quarks practicing in the State to be weary of the consequences, pointing out that the union would not condone unprofessional and unregistered practitioners in the State.

He described the get together as a way of appreciating the support of members to the council.

The get together brought former National, State officers of the NUJ as well as all members of the State working committee.