HIGHLIGHTS OF THE MAIDEN MEETING OF COALITION OF FORMER POLITICAL OFFICE HOLDERS (CoPOH) IN KOGI STATE HELD ON SATURDAY 30TH JULY, 2022 IN ABUJA 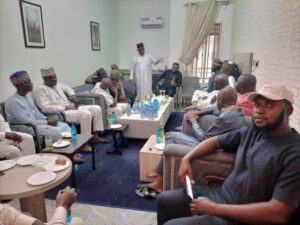 The convener Hon. Abdulmumin Sadiq, noted that the aim of the group was to see to the success of the Bola Ahmed Tinubu/Shetima Campaign and Victory during the 2023 election for the All Progressives Congress (APC). 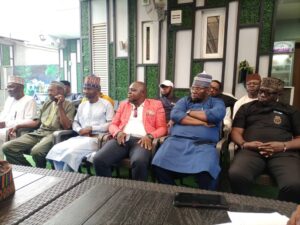 According to him “the group has the potential of out-living this political dispensation and is bigger than any one of us.”

He further spoke on the need for a befitting name that will be registered as a support group with the campaign office of Bola Ahmed Tinubu/Shetima; and the setting up of a structure across the State, getting a good office building in Lokoja the state capital.

On the same vein, the Former Speaker Rt. (Hon) Abdullahi Bello addressed the group and stressed on the need for understanding, peace and harmony in Kogi State.

He further gave a background on the foundation/formation of APC in Kogi State and informed the group that:

“We must be grateful to God for the political opportunity/foundation given to us by His Excellency Alhaji Yahaya Bello executive Governor of Kogi State and for maintaining a cordial relationship at all times”.

The one-day meeting, which started in the afternoon, dragged into the night and after exhaustive deliberations, the forum resolved as follows:

“The forum noted with satisfaction the formation of the group and coined its name as Coalition of Former Political Office Holders (CoPOH) in Kogi State and thanked the convener Engr. Abdulumumin Sadiq and members for their steadfastness and humanitarian support for the state.

“The forum is committed to providing all the necessary support to Tinubu/Shetima Campaign starting from Polling Units (PU), Wards to the Local Government Areas with a view to achieving its objectives.”

“The forum made a resolution and endorse the following officers for smooth running of the forum activities as follows:

A committee was further set up to find an appropriate office building in Lokoja, Kogi State headed by Hon. Kabiru Mohammed and with Hon. Maiwada Paul, Hon. Isa Abdullahi and Hon. (Dr) Ahmed Attah as members.

The committee was mandated to report back to the house in one (1) week and a take off donation of Five Hundred Thousand Naira (N500, 000. 00K) to the forum was made by the Chairman Hon. (Engr) Abdulmumin A. Sadiq.

To this regard, a press conference is planned for the next two (2) weeks times.