HAS SOME ECOWAS INSTITUTIONS BECOME AN ANIMAL FARM?

When George Orwell wrote the Animal Farm, he foresee inequality and discriminatory treatment amongst equals which made him postulate that all animals are equal but some are more equal than the others. 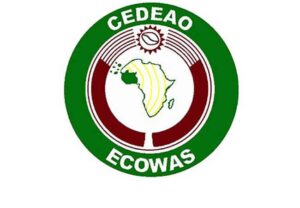 It is surprising that the same scenario of the animal farm seems to be playing out across so many ECOWAS institutions today, with regards to the current Staff recruitment conducted into Professional and managerial positions in some ECOWAS institutions within the past six months till date.

Investigation reveals that rather than allow or create a level playing ground, allow justice, equity, equality and professionalism to be the determining factor amongst all staff and applicants alike, in accordance with the extant regulations, most head of institutions of ECOWAS used their positions abusively, contrary to the relevant extant provisions in the ECOWAS staff regulations to install their own candidates of choice into various managerial positions, in reckless abandonment of the fact that they are public servants running a public institution instead of administering and running ECOWAS institution, as if it is their personal company or property as of right.

The last six months of renewal and extension of ECOWAS institutions statutory appointees contract seems to be the worst in the history of ECOWAS in which appointees became so desperate to use their offices within the deadline, to victimize, discriminate and oppress Staff who are not in their good books for personal vendetta and selfish interest; indeed it is truism that what transpires confirm the adage and popular saying that power corrupts and absolute power corrupts absolutely.

Sources confirmable reveals that across many ECOWAS institutions at the time of the writing this report, several petitions are awaiting the attention of the new President of the ECOWAS Commission and the Chairman of Council of Ministers, all complaining about the injustice meted out to many staff in the recent recruitment process across board in some institutions, which compromised the system to favour their chosen candidate not minding the conflict of interest forbidden in the extant relevant provision of the ECOWAS staff regulations.

It is pertinent to mention here that substantiated allegations of conflict of interest, flouting and disregard to extant applicable law, with regards to ECOWAS staff recruitment guidelines became the norm as head of some ECOWAS institutions were desperate and implicated as violating several regulations with impunity in the respective petitions, awaiting the attention of the new management of ECOWAS Commission under the leadership of the new President.
Contrary to all known civilized rules of engagement, there were cases of allegations levelled against some head of certain ECOWAS institutions who acted, exhibited conflict of interest with impunity by insisting on sitting in the decision taking committee, out of desperation to appoint their personal Assistants and impose them as their choice over other equally and more qualified candidates/staff who took part in the interviews , contrary to the ECOWAS staff regulations which forbids conflict of interest.

It remains to be seen whether this complaints and allegation across the concern ECOWAS institutions, contained in the various and several petitions in the president cabinet, awaiting the attention of the new management will be attended to accordingly as a matter of urgency to avoid dampening staff morale and installing an animal farm in a well- respected regional organisation such as ECOWAS.

Further allegations are rife that in all the institutions of ECOWAS, most head of institutions abused their offices by recruiting and imposing candidates of their choice for personal reasons over more qualified internal candidates, there are also complaints or allegations of imposition of external less qualified candidates, over more qualified internal staff candidates with more years of experience, contrary to the extant provision in the staff regulations that internal candidates should be given first consideration and more priority having been on the job and have more on the job experience within the system.

Other dominant allegations in the various petitions are cases of conflict of interest in which, interested head of some ECOWAS institutions refused to declare their interest and recuse themselves from the decision making process of the choice of candidate, contrary to the ECOWAS staff regulations because such heads are adamant on imposing their personal Assistants and more favoured personal candidates over other more qualified or equally qualified internal staff of ECOWAS who are not considered to be their favorites for personal reasons best known to them.

This development happened across many institutions of ECOWAS and hope still abounds that the new ECOWAS commission management, under the leadership of the new President of the ECOWAS commission, will do the needful by attending to all the petitions, reverse all the bad decisions taken with impunity and restore hope back to the injured ECOWAS staff in this new dispensation, to discourage the entrenchment of the practice of compromise into the system in the favour of a privilege few.

It is indeed very sad that a regional organisation with highly esteem international recognition and good image like ECOWAS sponsored by tax payers money, has become so compromised to become the personal property of a few privilege private individuals who fortune smiled upon by the virtue of their appointment to positions of trust, rather than be fair on all, capitalizes on the powers of their office to change the institutions under their care, into an animal farm , whereby some staff are treated more favorably than the others, because they come from the same place with the boss, while other countries who pays the most substantial bill of the ECOWAS are worse hit and suffers more casualty in all the recruitment process that took place.

Without diverting much from the issue under discuss, it may interest my readers to know that Nigeria pays close to 70% or more of ECOWAS bills, despite the applicable laws which says that recruitment should reflect a fair representation of all the countries, we can authoritatively confirm at the time of writing of this article that, there are institutions of ECOWAS today, in which Nigeria has no single staff representation in the professional management staff cadre and other Nigerian citizens in employment are having their contract terminated, to create room for the selfish interest of recruiting the candidates of the head of such ECOWAS institutions. It remains to be seen whether the Presidency, Foreign affairs ministry and other relevant agencies of government of Nigeria will chose to remain docile in the face of all this discriminatory treatment against her citizens in the employment opportunities, in an organisation like ECOWAS in which Nigeria foots the highest proportion of the bill of running the entire ECOWAS institutions and agencies.

The evidence of the allegations are overwhelming, available for investigation in the petitions submitted to the cabinet of the new President of the ECOWAS commission, should Nigeria government chooses to rise up to the challenge of ensuring that her citizens get their rightful quota of employment in all ECOWAS institutions recruitment.

Further investigation and pulse of the staff reveals that some head and management of some ECOWAS institutions are secretly recruiting, designating and issuing out letters for professional staff appointments to their personal candidates without conducting interview into such vacant positions, contrary to the rules of engagement and the relevant extant provisions of the ECOWAS staff regulations.

It is our hope and proposition that this write up will be a wake- up call to Nigeria government and all other member states, whose citizens have been marginalized, discriminated against and victimized in all the recently concluded recruitment and the on- going ones in all the various ECOWAS institutions; to rise up and call for scrutiny, accountability, review and if need be cancellation of all the employment exercise done in the past six months, call for a new interview/recruitment process to create a level and fair playing ground for every citizen of ECOWAS community to have entitlement to employment, in accordance with their support and contributory quota to the financing of ECWOWAS, as it is been done in all other international and regional organizations all over the world.

Our editorial team welcome the recent development on the renewal/extension of the appointment of three Judges of the ECOWAS Court of Justice from Ghana, Ivory Coast and Nigeria respectively for an indefinite period pending the time the situations of the military take- over in Mali, Burkina Faso and Guinea is resolved. While welcoming this as a good development, it is suggested that the countries whose tenure were extended be requested to nominate new Judges , like the remaining two colleagues from Sierra Leone and Cape Verde to start a new tenure, with the new set of Judges, as what is good for the goose is good for the gander.

It is consider wise that having spent four years in office as recommended by the provisions for appointment, opportunities should be given to others from those nominated countries for extension of tenure, to allow other equally qualified judges to come and serve in the Community court of Justice pending the time the situation will be resolved which is uncertain.

On the alternative to the above stated suggestion, the Judges whose tenure has been extended should be barred or excluded from serving as a part of the management of the new college of Judges in September when the Court opens, having served in such position for two terms as President and Vice President for a continuous total period of four years.
We hope all our observations stated herein can stimulate the respective member states government particularly Nigeria government to rise up to the occasion to address all the challenges our citizens are facing in all the ECOWAS institutions; if and when this is done, we would have been honored and happy to have contribute our own quota to the ECOWAS community as a whole, as the conscience of the society and in fulfillment of our role as a member of the Fourth estate.
We would like to conclude like the law advocates will say, we rest our case in the Court of public opinion while hoping that most ECOWAS institutions will not be allowed to depreciate into an Animal Farm, by correcting the various allegations of wrongdoings alleged and as captured in all the petitions awaiting the attention of the new President of the ECOWAS commission by the Staff, who strongly believe that their concerns will be addressed.