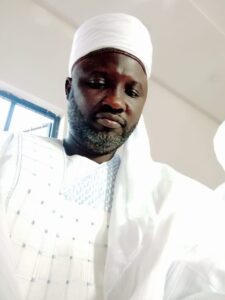 A statement issued by Ahmed Ibrahim Matane, Secretary to the Government of Niger State (SSG) disclosed that the appointment of Alhaji Saidu Ibrahim to the challenging position was based on merit, proven credentials, personal integrity, and outstanding records of decades of experience.

The SSG reminded the new Chairman of the policy direction of the present administration which is to improve the quality of life of the citizens of the State and urged him to pursue the reinvigoration of the Board within the context of the State Government’s drive towards enhanced basic education in the State.

Ahmed Matane explained that the Executive Chairman is also expected to bring his knowledge, skills, and wealth of experience to bear in the performance of his new assignment by working assiduously to justify the confidence reposed in him.

The Governor congratulated the new Chairman on the appointment and wishes him success and God’s guidance in the performance of the arduous duties of his office, the statement stressed.

The Secretary to the State Government (SSG), Ahmed Ibrahim Matane in a statement revealed that the appointment of Hon. Bashar Harka as the Director General of SDGs was based on merit, proven credentials, personal integrity, and outstanding records of experience.

He stressed that the new Director General is expected to bring his knowledge, skills, and wealth of experience to bear in the performance of his new assignment by working diligently to justify the confidence reposed in him.

It would be recalled that Governor Sani Bello recently suspended Dr. Isah Adamu following some observed anomalies in the operation of the Board while Abdullahi Arah of SDGs was removed by the Governor in order to facilitate accelerated implementation of the reforms being initiated by the Government towards attainment of the SDGs in the State.