A Chieftain of the All Progressives Congress and Kogi Central Senatorial Candidate, Engr. Abubakar Sadiku Ohere has commended the State Governor, Alhaji Yahaya Bello on his monumental achievements on infrastructural development in the State. 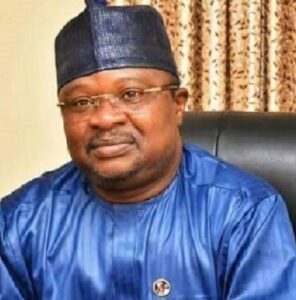 Engr Ohere who is a former Commissioner for Works and Housing, made this observation while receiving women representatives from all the clans in Okene, said Gov. Bello has turnaround the State‘s fortune for good.

The former Commissioner added that the Governor would be remembered for the Ganaja flyover bridge, said after thirty years of state creation, the jinx was broken, described the Governor as people orientated leader.

The APC flagbearer described the Confluence University Science and Technology, Osara as another wonder of Gov. Bello, lauded the several roads that the administration has constructed across the State.

Engr Ohere urged the people to continue to support the programs and policies of the present administration, assured that the State has undergone a positive reset by Gov Yahaya Bello.

Earlier in her remarks, the Leader of the group Hajia Ozohura Omadivi, a veteran politician praised the Gov. Yahaya Bello led administration for the major key roles given to women, said the state has never had it so good.