G37 Political Support group for Chibuike Rotimi Amaechi has passed a vote of confidence on the leadership of All Progressive Congress, APC in Rivers State. 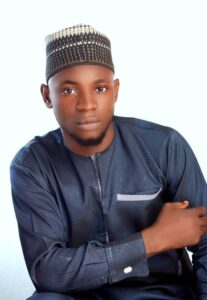 The National Coordinator of the group, Comrade Evans City stated this in Abuja against back drop of the resignation of the leader of an Apc faction in Rivers State, Senator Magnus Abe from the party.

He said the resignation of the embattled former Senator has finally paved the way for the Apc members in the State to come together and work for the victory at all levels describing his exit as a good omen to the party.

City who had received several threat messages to life recently over his support to the former Presidential candidate of APC faction in Rivers State said those resigning are tired of pretending to be members of the party in the state.

He said his organisation and the entire Apc youths in Rivers State are firmly behind Chibuike Rotimi Amaechi come rain, come shine adding that the party has purged itselves of people with negative mind set who have been holding it from victory since these years by the role they were playing.

He described Chibuike Rotimi Amaechi as a youth builder and leader of men who have touched the lives of many people in the State since he joined Politics.

It will be recalled that senator magnus Abe has resigned his membership of All Progressive Congress, Apc in a letter addressed to the National Chairman of the party, Senator Abdullahi Adamu citing the inability of the Presidential candidate of the party, Bola Ahmed Tinubu to settle his grievances about the governorship primaries in the State.