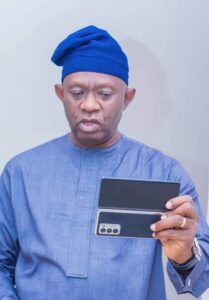 The APC Flagbearer described the havoc as most unfortunate at this time, says he feels there pain and suffering.

The APC Flagbearer specifically appealed to all relevant Federal Government agencies to gear up on the terrible situation and also admonished those living along the river banks, to move to higher ground as a way of stemming the tide and in reducing casualties.

While promising to sustain his support that is already on, assured that he would continue to stand up for them in this trying period, lament the loss of properties and sufferings the people are made to pass through.

“This is unfortunate, I sympathise with those who have lost properties to this natural disaster. I pray God to bring succour to those affected.

” Be rest assured that the present administration of Gov. Yahaya Bello, working with the Federal Government and other relevant agencies is working round the clock in ameliorating the sufferings of the people.