… describes it as well deserved

A chieftain of the ruling All Progressive Congress and the current Chief Press Secretary to the Speaker of the Kogi State House of Assembly, Femi Olugbemi has described the appointment of Hon. James Abiodun Faleke as the Secretary of Tinubu/Shettima Presidential Campaign Council as well deserved considering his monumental contributions to the emergence of Asiwaju Bola Ahmed Tinubu as the presidential candidate of the party in June. 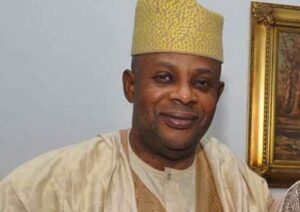 He disclosed this in Lokoja through a press statement he signed and made available to newsmen, congratulating the third term member of the National Assembly for the recognition of his efforts.

He said the Kogi-born Lagos-based lawmaker has not put anyone in doubt of his total commitment and determination to see to the realization of the presidential ambition of his benefactor who has magnanimously given him political relevance in Lagos state without any ambiguity.

He noted that his recognition also point to the fact that Asiwaju Bola Ahmed Tinubu is a rewarder of people who have diligently served without blemish, stressing that the respected lawmaker has continued to distinguish himself in any assignment given to him hence this particular one will not be different.

Femi said his emergence as the engine room of the campaign council has further demonstrated the kind of character Kogi people are made of, hence he is a worthy ambassador that should be supported and celebrated by all.

He called on Nigerians to support and rally round the candidacy of Tinubu/Shettima of the All Progressive Congress in the 2023 general elections, stressing that the ticket remain the only antidote that will take Nigeria to another level of development wherein the country will be secured and economy boom will be guaranteed through his well thought out strategy he used while serving as Lagos State Governor between 1999 and 2007 that have transformed the state.

He said it is a public knowledge that Asiwaju Bola Ahmed Tinubu is a maker of men of substance whom he will assemble that will work with him to accelerate the transformation of the country in no distance time, noting that with what Governor Yahaya Bello has done in the area of infrastructural developments on roads, health, education, and other legacy projects, Kogi state will deliver overwhelmingly to the APC come February 2023 general elections.