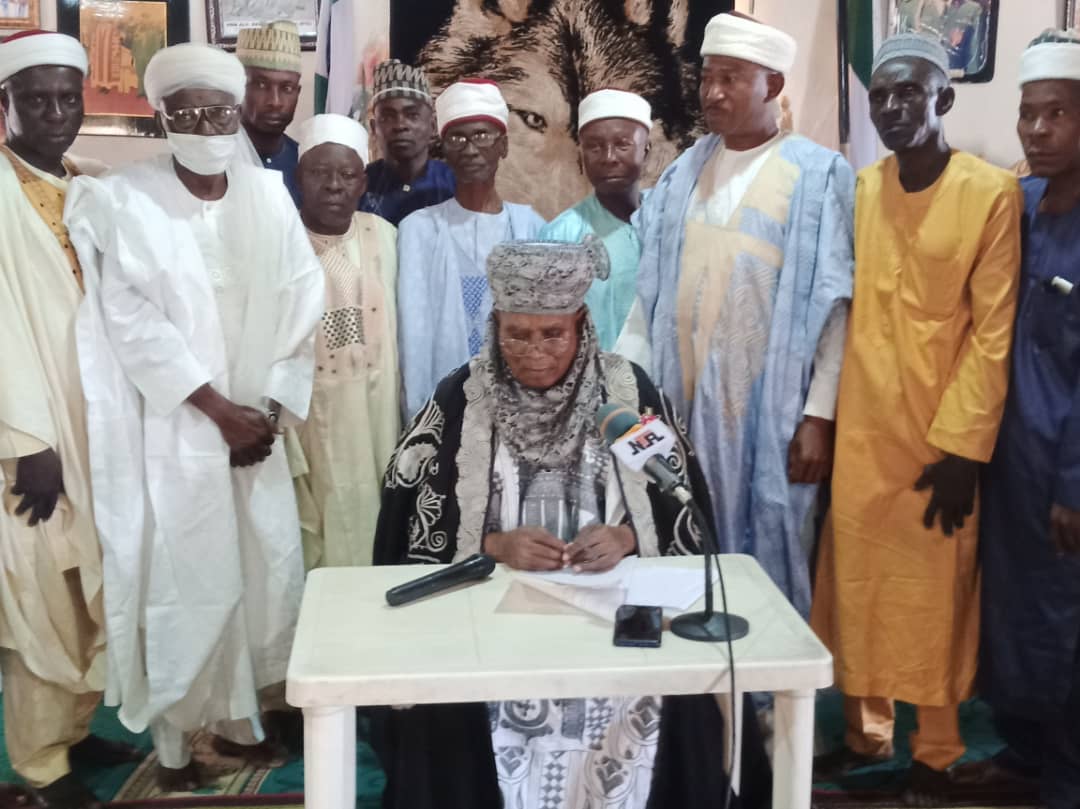 The Etsu Bassa-Nge kingdom in Kogi State, His Royal Majesty Dr Abu Ali Mopa III has described the purported name reversal from Bassa-Nge to Nupe by Bassa-Nge Development Union (BNDU) as null and void, saying it can never stand the test of time.

He urged the Federal and Kogi state government to caution those behind the orchestrated plan aimed at diminishing the status of the ethnic nationality before the whole world .

The royal father who stated this on Thursday at his palace in Ogboloko, Bassa local government area of the state while responding to the call for name reversal by few BNDU members , wondered why the name beared by the Bassa-Nge people for over 100 years and gazetted in the nation’s constitution should be reversed without following adequate procedures.

“It has become expedient for me to make a few clarification in order for the public not to be misled by some of my subjects who in the exercise of their freedom of expression have offended the sensitivities of a larger majority of my kingdom, both at home and in the diaspora.

“The press conference organized by Bassa-Nge Development Union (BNDU) on the 4th of December 2021 at Gboloko for the name reversal was done to destabilize the peaceful coexistence of my people as they are not legally mandated to carry such name reversal as majority of Bassa-Nges are not in support of such change of name.

“Unfortunately, such development, for all intents and purposes can’t be as simplistic as it was made to appear and I wish to state categorically as a custodian of the culture and tradition of Bassa-Nges worldwide that the purported name reversal is null and void and of no consequence whatsoever” he

The monarch who lamented that the majority of his people were not properly sensitized , stressed that BNDU planned to impose the reversal of name on the good people of Bassa-Nge and Bassa-Nge council of chiefs to ridicule the paramount traditional ruler of the land before his subjects and calls for thorough investigation of the national president of the union Mohammed Bako before he pushed the kingdom into endless crises.

He said “Due process was not followed in carrying out the name reversal as majority of Bassa-Nge voice were not heard, including Bassa-Nge council of chiefs and millions of Bassa-Nges and no section of the constitution of BNDU that give mandate to Board of Trustee of the union to set up a committee to work on reversal of name.

The first class royal father therefore called on the federal, state government, Members of Kogi House of Assembly, Bassa local government authority, all security agencies and the general public to disregard the purported name reversal orchestrated by BNDU, saying their action was illegal and has no place in law.