A Socio Political group, the Peoples Volunteer League (PVL), has praised the recent ten days ultimatum given to people who are illegally occupying Edo State forests by the Acting Governor, Comrade Philip Shaibu. 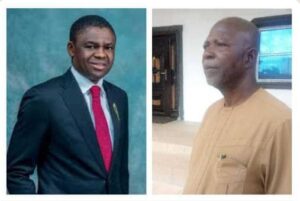 In a press statement issued and signed by the National Coordinator of Peoples Volunteer League (PVL), Mr. Mikiste E. Thomas noted that the criminal ISWAP with active support of herdsmen are killing, maiming and kidnapping peaceful citizens and also depopulating the agrarian communities from farming.

Part of the statement reads, “We at the Peoples Volunteer League (PVL) that are dedicated to the security of ordinary people especially in Edo State, this day congratulates and support the patriotic position taken by the Acting Governor of Edo State, Comrade Philip Shaibu on the ten days ultimatum given to people who are illegally occupying our forests.

“The leadership provided by Rt. Hon. Phillip Shaibu in this direction if ignored will carry serious consequences for the terrorists.

“As the Acting Governor Shaibu noted, the traditional rulers should be alive to their responsibilities to help the governor put an end to this act of criminalities where colourless persons or group of people kidnap fellow citizens and in some instances kill them.

“Let it be known that the Governor has an ally in the Peoples Volunteer League (PVL) who will soon ask their active members round the state to fan out and implement the governor’s directives.

“With the governor’s message, it is now clear that ISWAP, kidnappers and criminal herdsmen days of judgement are numbered.

“Peoples Volunteer League (PVL) is ready to take on these anti-people groups and will defeat them.

“Once more, we congratulate Rt. Hon. Philip Shaibu for his declaration.”