Home News Ata Igala: Your one year on the throne rewarding, prosperous – Alhaji...

The one year anniversary of Attah Igala president Kogi State council of Chiefs HRM Mathew Oguche Opaluwa has been described as eventful with great prosperity to come in Igala land. 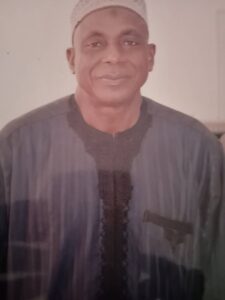 Alhaji Nuhu Ahmed said the coming of The Monarch has strengthen Unity, peace and development among the Igala people.

According to the All Progressive Congress chieftain with the coming of Attah Igala president of Kogi State council of Chiefs HRM Mathew Oguche Opaluwa the kingdom is gaining it’s pride of place in Nigeria.

The Registrar maintained that far and near Igala people remain One big family across the country.

Alhaji Nuhu Ahmed congratulated the chief of staff to the Governor pharmacist Jamiu Asuku for the traditional title confered on him and described it as well deserved.

He expressed confidence that the people of the state will turn out enmass to vote Asiwaju in next year general election pointing out that Governor Yahaya Bello has Carried the people along in the leadership of the state.