US election: Why Buhari, Nigerian officials are ‘nervous’ about Biden – Joe Parkinson

President Muhammadu Buhari and his administration officials are reportedly not comfortable with the victory of Joe Biden.

The Democratic candidate will be sworn in as the 46th President of the United States of America.

This will happen if the incumbent Donald Trump fails in his bid to stop Biden through the Supreme Court.

The President insists his challenger did not win the November 3 poll. His legal action starts Monday.

On Sunday, Joe Parkinson, Africa Bureau Chief for the Wall Street Journal, noted that Buhari and the federal authorities are apprehensive about a Biden presidency.

Noting that Barack Obama and Biden, as U.S. President and Vice President, endorsed Buhari ahead of the 2015 election, the Pulitzer Prize finalist said that days of romance are long gone.

Parkinson cited Biden’s condemnation of the rights abuses and the Lekki shooting that sparked global outrage.

Parkinson said Buhari was one of the first African leaders to congratulate Biden but privately, some of his key advisors were hoping for a Trump victory and are worried.

“The reasons are quite simple and are linked – human rights, the #EndSARS protests, and weapon sales,” he tweeted.

Referring to an image showing Buhari and Biden, he wrote: “This photo was taken in Washington in 2015 when Buhari was toast of the town – the old General’s “new broom” would sweep away corruption and (far more important to US) beat back Boko Haram.”

The analyst said it was Biden who greeted Buhari at the White House that day before he met Obama.

Parkinson recalled that in those meetings, Obama promised Nigeria fresh military aid to fight the war and find the Chibok girls terrorists kidnapped.

He added that America stopped short of giving Buhari and his government what they really wanted – attack aircraft – because of human rights concerns.

Parkinson said it was the Trump administration that agreed to sell Super Tucanos for $600million and later, attack helicopters Nigeria has long hoped would be the game changer in the fight against Boko Haram.

“That sale – while mostly paid for – is not yet complete. Ironically, senior State Department officials were staying at the Abuja Hilton in October to finalise the details while #EndSARS protesters were on the streets in Nigerian cities. And therein lies the problem for Buhari.

“The Biden campaign released a statement two days before the Trump administration after the military crackdown at Lekki toll gate. It went much further, saying “The US must stand with Nigerians who are peacefully demonstrating.”

“The heady days of 2015 when Buhari was seen by Obama & Biden as the man who would fight a quick and victorious war against Boko Haram are long gone. The war has metastasised. Northeast Nigeria has become the base of one of Islamic State’s most successful regional franchises – ISWAP.

“So President Biden may be much less welcoming to Buhari; much more skeptical about selling weapons to Nigeria’s military and much more forthright in criticising any crackdown on protests. That’s why, despite the tweets, some at the top of the Buhari administration are nervous”, Parkinson added. 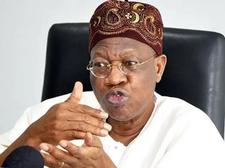 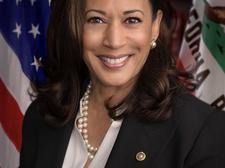 US ELECTION: (VIDEO) The Man Will Be Impeached And A Woman Will Take Over- Apostle Johnson 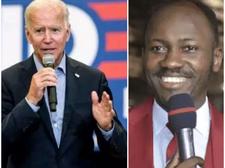 Which One is Most Enjoyed By Women. Curved or Straight 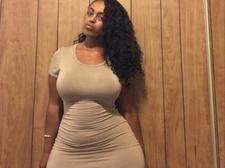 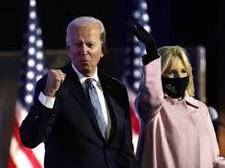