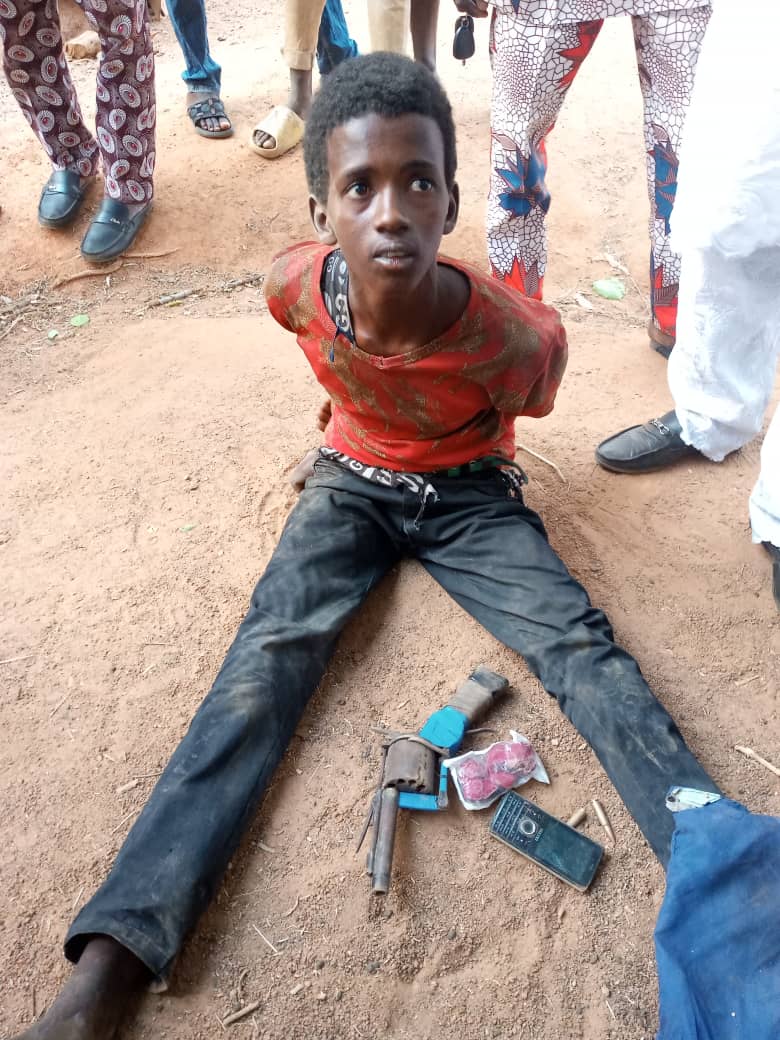 The Executive Chairman of Yagba West Local Government Area Council, Hon. Pius Kolawole has recorded another breakthrough in his fight against crime and criminality with the arrest of one of the  armed robbery gang terrorizing  the area by the ‘Special Security Taskforce’ set up by  the Executive chairman.

Luck ran against the gang of notorious armed bandits  while attempting to kidnaped  some people along Oke-Ere road of Yagba West  when one of the victims who escaped to the nearest bush alerted the Special  security Taskforce  of the Executive Chairman of Yagba west local government.

With prompt response from the security squad who are on regular patrol, they were able to arrest one of the gang members while the other five members escaped with gun bullets.  Some of the items recovered from the bandit are locally made AK 47 revolver Pistol with life ammunitions.

Recall that the Executive Chairman of Yagba West Local Government Area recently constituted a ‘Special Security Task force’ with the mandate to flush out all  criminals and bandits from Yagba West as herdsmen crisis, armed robbery and kidnappings across the country worsens.

Toba Abraham,
Senior Special Assistant to the Executive Chairman on Media and Publicity,