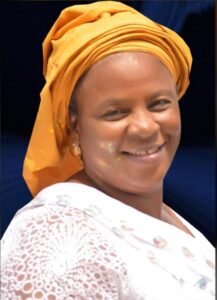 In a statement issued and signed by Engr Abraham Oria Osezuah, a brother to the deceased and Foremost chairmanship aspirant in Esan North East for the Edo State LGC Election .

The statement read thus: It is with heavy heart we announced the death of our beloved Sister, wife, mother, sister, aunt
Mrs Stella Ugboke (Nee Osezuah ) who slept in the Lord on the 20th September 2022.

She gave up the ghost after a Protracted illness at the Lagos State University Teaching Hospital.

Until her death, she was a business woman, house wife and a woman of God

She is survived by a son , four daughters, husband , mother, brothers and sisters

The burial arrangements will be announced later